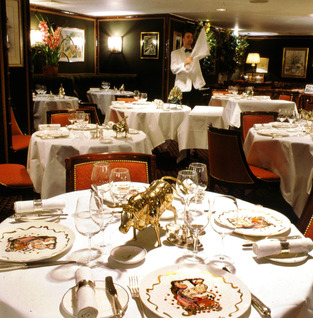 French haute cuisine, the wellspring from which culinary magic seems to flow across the world, has been sidelined of late in favour of rusticity, simplicity and (let’s face it) dirty great burgers. But can the classics ever truly go out of style? Surely we all just need a gentle reminder of France’s culinary prowess? Well, as we near Bastille Day (14 July) Harden’s is here to champion champignons Ã  l’ail, cry ‘confit de canard’ and promote pÃ¢tisserie…

These golden oldies have still got ‘it’…

“As relevant today as it ever was!” – M Roux Jr’s “timeless classic”, in Mayfair, won this year’s vote as “London’s finest gastronomic experience”; “the bill’s stratospheric, but so’s the performance!”, with “sublime” Gallic cuisine and magisterial “old school” service; “unbelievably good” set lunch (book months ahead).

Alexis Gauthier’s “inspired” modern French cuisine goes from strength to strength, at his “quirky” and “faultlessly charming” Soho townhouse (where “ringing the doorbell to get in adds novelty”); “I can’t understand why they lost their Michelin star!”

“An outstanding restaurant, with a team in full song!”; David Moore’s “sophisticated” Fitzrovia fixture offers not just Marcus Eave’s “exquisite” cuisine, but also a “brilliant wine list (including some “great global discoveries”), and notably “discreet” and “friendly” service too. 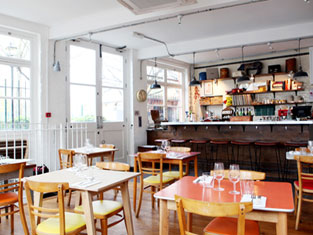 A taste of France, without the price tag…

“So different, so fresh, so quirky” – this “cool” East End offshoot of the Terroirs empire has won renown with its “terrific, imaginative” food, its “brilliant selection of really interesting wines”, and its all-round “attention to detail”.

Fast becoming a “Chiswick staple”, this “buzzy brasserie” is inspiring ever-stronger support, thanks to its “well put-together ” food and its “friendly” service; kick off with a cocktail in the “stylish bar”.

“Simple, suitably French and consistently good” – all reports agree that this “lovely” West Hampstead spot “does what it says, and does it well too”. 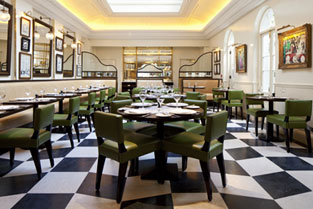 This Soho “classic” is certainly well suited to a “delightful set lunch”, and it offers a “good-value pre-theatre menu” too; some reporters also tip it for romance or as a top foodie destination. Now in the hands of Brian Clivaz, L’Escargot reopened after an extensive refurb this year. Head to this bastion of old Soho on 14 July for a Bastille Day cocktail party 8.30pm-midnight. 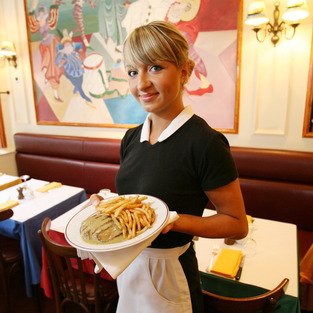 “You know what you’ll get”, at these “cheek-by-jowl” Gallic bistros, whose “simple but very well executed” formula offers zero choice, just “classic steak/frites”, with secret sauce and salad (plus seconds); “fun” too… aside from the “horrific” queues and “impersonal” service. The offer will be 25 per cent off total bill from 15-31 July at the Canary Wharf branch.

“Fans of Bruno Loubet’s “airy” Clerkenwell three-year-old still laud his creative “take on classic bistro cuisine”, all “at a non-astronomical price”; quite a few reports of late, however, suggest “the spirit has gone out of the place” – the strain of opening Grain Store, perhaps?” A special French menu for Bastille Day includes: moules marinière, sautéed frog legs, braised beef ProvenÃ§al, crêpes suzette and Tarte Tatin.

A large restaurant/bar behind the Tate Modern on Bankside, “particularly handy for culture vultures”. They’ll be showing the classic French film Belleville Rendez-Vous at 1pm this Bastille Day.

French newcomers to look out for…

With Laurence Glayzer in the kitchen, formerly of The Ritz Hotel and The Arch, comes this new French spot in Chelsea; it’s apparently named after Gustave Eiffel, who we’re reliably informed once designed something in Paris. 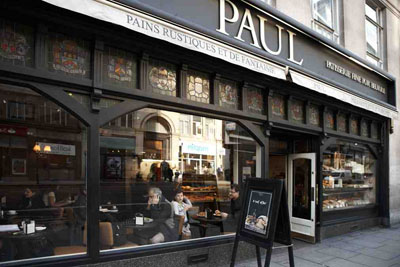 A French import that’s been pleasing Londoners with its pÃ¢tisserie and café au lait since 2000, Paul has unveiled plans for an all-day brasserie. This is the company’s first foray into full-on dining.

High-end hamburgers are old hat by now – but unpasteurised cheese in your bun? Maybe it’s a game changer; this small French burger chain expands beyond Gallic shores into Fitzrovia.