A museum and library dedicated to the late chef Michel Roux is to be opened next to The Waterside Inn, the classic French restaurant he founded 50 years ago in the village of Bray, on the River Thames west of London. Michel and his older brother Albert became dominant figures in British gastronomy with the […] 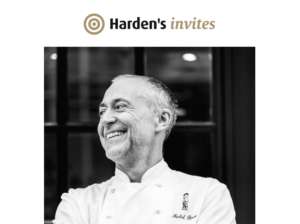 Tickets are now on sale for an exclusive ‘Harden’s Invites’ event at Le Gavroche in Mayfair, celebrating all things game. On Monday 8 October, Michel Roux Jr will cook an exclusive 4-course menu, specially created for Harden’s, featuring the very best of British game (including pheasant, hare and venison) and seasonal produce at its peak. Each […] 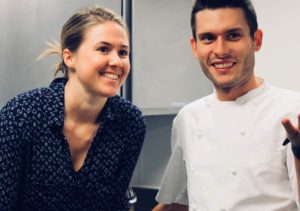 Emily Roux, the youngest active member of the Roux dynasty, is to open her first restaurant. Roux, daughter of Michel Roux Jr, first hinted at the plan back in March, when she announced she had put in an offer for a restaurant space in Notting Hill. It was known back then that plans were afoot […] 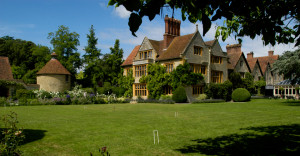 Le Manoir aux Quat’ Saisons, Great Milton “I couldn’t take any risks for my wife’s 50th birthday weekend… so I placed my trust in Raymond’s impeccable hotel and restaurant… result: perfection!” M Blanc’s “magnificent”converted Elizabethan manor boasts a “dream location” in a picture-book village south of Oxford and, “if you want to spoil someone with […] 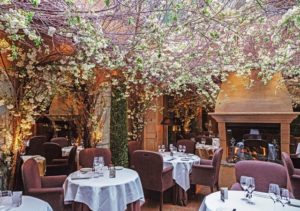 Clos Maggiore WC2 “You feel that love is in the air!” at this “very special” destination (yet again the survey’s No. 1 choice for a romantic occasion), especially in “the inner sanctum” – “the lovely glass-roofed courtyard at the back, hung with blossom, a roof that opens in fine weather, and with an open fire […] 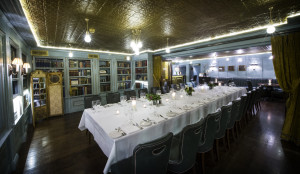 Looking for the perfect place to hold a private Christmas dinner party, work event or family get-together this festive season? Look no further. We’ve rounded up 20 of London’s best private dining rooms to suit all tastes and budgets… Barrafina WC2 Menus from £40 pp “The wait can sometimes be twice the time spent at the […] 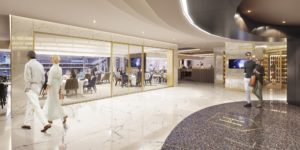 An unprecedented line-up of chefs has been announced for the premium food offering at Spurs’s new club stadium, expected to open in August 2018. Bryn Williams (Odette’s NW1, Bryn Williams at Porth Eirias) and Dipna Anand (of Solihull’s renowned Brilliant Restaurant) are the latest culinary stars to join the development, with the Roux family and […] 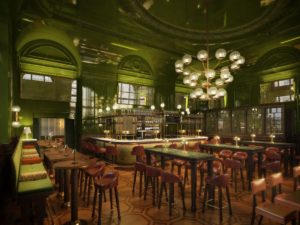 When Grace Dent reviewed The Langham’s new ‘pub’ The Wigmore, she decided she never, ever wanted to go there again. We would hazard a guess that The Guardian’s Marina O’Loughlin would be quite happy to go back any time…“Silly? A bit. Delicious? Oh yes.” “Creative cocktails in their own weeny tankards… pies and roasts and toasties… reimagined […] 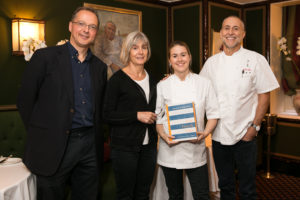 The inaugural, sell-out Harden’s invites dinner was hosted by Peter Harden and Michel, Emily and Giselle Roux at Mayfair’s temple of Gallic gastronomy, Le Gavroche, on Monday 18 September. The event celebrated the launch of Emily and Giselle’s cook book New French Table and was a truly family affair as even Monsieur Albert Roux himself put in an […] 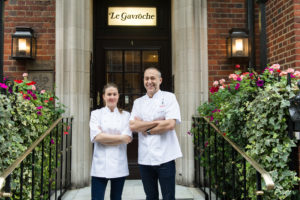 Harden’s and London’s incomparable temple of Gallic gastronomy, Le Gavroche, have joined forces once again to host a unique culinary event, exclusive to Harden’s readers. Unfortunately this one-off evening is now sold out, with every ticket snapped up within just 4.5 hours of their release! Please do keep an eye out for more upcoming Harden’s […]