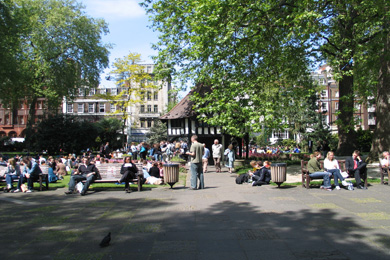 Some say plans to gentrify the infamous Walkers Court would have the ‘King of Soho’ turning in his grave; home, as it was, to his Raymond Revuebar. But others, like Soho Estates and the developers behind the £45m project, say they have no wish to sanitise the area, but simply want to increase footfall to its legal businesses.

Indeed, it seems that The Box (a burlesque bar favoured by louche young Royals and movie stars) will remain in situ, in place of Paul Raymond’s Revuebar (although a neon sign will be installed in tribute to the late tycoon’s eponymous venue). And, fittingly, the man who could possibly lay claim to Raymond’s title as ‘King of Soho’, Russell Norman, has plans to open a restaurant in the Walkers Court development.

Yes, the sleaze is slowly being wiped away by the bistros, coffee shops and high-end clothing stores, but Soho retains enough of its past identity to remain an edgier central London location than most.

Further proof that Soho’s seedy roots are being eradicated? An illegal strip club on Great Windmill Street was closed down this summer and will be repurposed as a 50-cover restaurant and Folk clothing shop. New owner Gordon Kerr may be a first time restaurateur, but he’s getting some first rate support in the form of Hawksmoor duo, Huw Gott and Will Beckett, who are advising on this new British meat concept.

We know that Russell Norman has agreed a deal on a 5,000 sq ft premises in Walkers Court but the ‘Restaurant Man’ is yet to announce firm plans for his as yet unnamed new venture. A pizza joint has been rumoured. 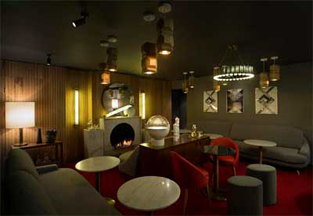 A Soho restaurant that only takes reservations? That’s what this thoroughly British dining concept coming to Wardour Street is proposing; surely it will never catch on!

Alan Yau takes over the former site of The Endurance (RIP), with plans to open up a Chinese gastropub in the heart of Soho.

This will be the first London restaurant from former Ramsay acolyte and TV Iron Chef star Judy Joo.

Top 5 talked about openings this year 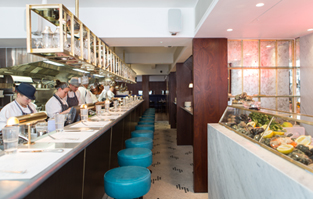 The chefs behind Machneyuda – the restaurant bloggers apparently proclaim “Jerusalem’s coolest” came to Soho this spring and the critics cannot stop raving about it. On our visit we found a characterful little spot serving refreshing, modern cuisine.

There was much excitement in May as Mikael Jonsson – who caused such a buzz at Chiswick’s Hedone – took over the kitchen at this cramped Gallic operation offering “tasty” bistro staples. 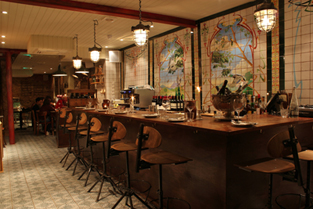 Handily sited in Soho, a small but jolly Gallic-run bistro, offering tasty dishes of high quality… but on a small-plate scale, with prices to match.

It all started with a three wheeled food truck – now Pizza Pilgrims open their second permanent location in Kingly Court.

A relaunch of Russell Norman’s mega-popular Venetian-style bacaro, it’s the epitome of how London eats now. Polpetto is in here because, Lord knows, people were excited about it moving to a new, larger premises – but we must admit the food was just okay, rather than ‘wow’ on our visit. 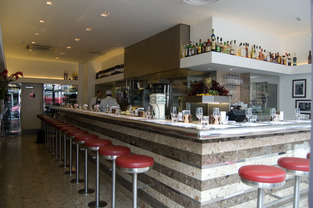 “The best tapas bar in London”… “possibly the world!”; “it’s worth the hour’s wait” to nab a perch at this tiny (23-seat) and “too busy” Soho phenomenon, where there’s an “intimacy” to having “incredible” dishes “entertainingly prepared” before your very eyes.

Alexis Gauthier’s “inspired” modern French cuisine goes from strength to strength, at his “quirky” and “faultlessly charming” Soho townhouse (where “ringing the door to get in adds novelty”); “I can’t understand why they lost their Michelin star!”

“Inspired”, “regional” Italian tapas – “matched by no other Italian restaurant in London”, and served by “passionate” and “unpretentious” staff – win adulation for this “bustling” venture, tucked away near Piccadilly Circus; “get a counter seat to watch the brigade in action”. 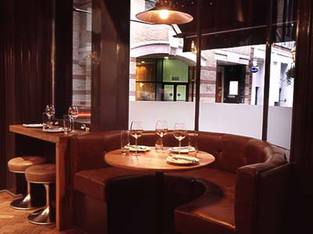 “Truly heavenly” tapas and an “excellent wine list” fuel the “busy buzz” of this stylish haunt, a sibling to Salt Yard, just off Carnaby Street; “despite its initial pokey appearance”, it’s “a lovely place to spend a long afternoon”.

“A pretty much unique experience!”; offering “delicious” seafood, right in the sleazy heart of Soho, this “cosily perfect” (if “loud”) champagne and seafood bar is “a real gem”; “get a window table to watch the goings-on outside”.