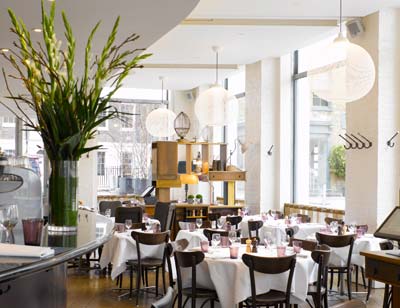 Sacre bleu! It’s been announced that an American chef is to head up one of London’s more popular Gallic bistros. David Fogelman has taken the reins at Bruno’s Loubet’s eponymous establishment at the Zetter Townhouse hotel in Clerkenwell.

Fogelman, however, has been semi-nautralised, having worked in London kitchens since 2009, cutting his teeth at restaurants like Gordon Ramsay at Claridge’s and Fergus Henderson’s St John, before moving on to be head chef of the much-lauded Rochelle Canteen in Shoreditch.

Although Loubet will remain as chef/patron at Bistrot Bruno Loubet, he will spend the majority of his time at Grain Store in King’s Cross. We rather suspect he is already!