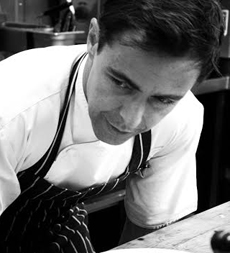 The Taste of London festival is now on in Regent’s Park. With dozens of demonstrations, masterclasses and tastings featuring great restaurants and chefs, Taste is a treat for any London food lover. But don’t take our word for it, Pascal Aussignac, chef/patron of Club Gascon gives his thoughts on the festival…

“Taste of London provides an opportunity to explore a variation of tastes and flavours from all over the world, which represents the current London dining scene,” he says. “Some say that London is undergoing a food revolution, but, of course, ‘revolutions’ come in cycles and London is currently on top as a city with so many worldly flavours represented.”

This is the 11th year in a row that Pascal and Club Gascon have been involved in Taste of London and although he is now quite a fixture on the city’s dining scene, this self deprecating chef says he just feels lucky to be a ‘little Frog’ in the big smoke.

Pascal notes: “I was invited 10 years ago to be a part of Taste and it was a great opportunity to bring Club Gascon to a wider audience.  We found the concept of the festival very interesting and, as you will see this year, Taste has gone from strength to strength.” He jokes: “I’m very glad to still be on the London scene as a little Frog after 15 very long years!” 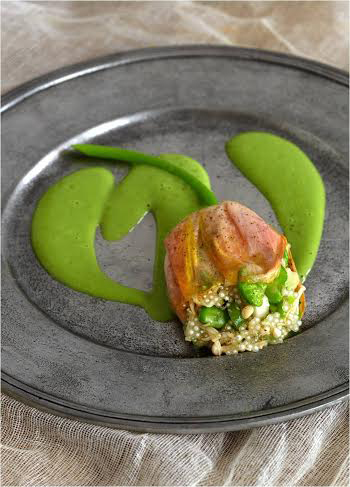 As well as demonstrating his skills on the main stage, Pascal will also be cooking several items from his restaurant menu at the festival, including his famous foie gras – renowned among Harden’s reporters as “London’s best”.

He and his team will also be cooking the Duck & Dog [that’s a hotdog, don’t worry!], Truffled Crackling Duck Egg, Wahoo Cornetto and Armagnac, plus our icon dish – the Croque Gascon.

Pascal, who was voted Restaurant Chef of the Year at the Craft Guild of Chefs in 2013, still sweats it out in his kitchen every night at Club Gascon, but he says that’s the only way to be a great chef.

“It’s my life – being a chef is by definition being passionate about what you do, otherwise you’re not a chef,” Pascal explains. “This passion takes time and to share it the best possible way is to be in your own kitchen doing what you do! In life we are always being judged for our work philosophy – mine is defending the traditions of South West French cooking (with a twist).”

Your Taste of London ticket admits you for one half day session, so to make the most of it find out which of your favourite chefs like Michel Roux Jr, Jason Atherton, Noma’s Rene Redzepi and Pascal Aussignac are demonstrating and when. Harden’s has got all the details here.