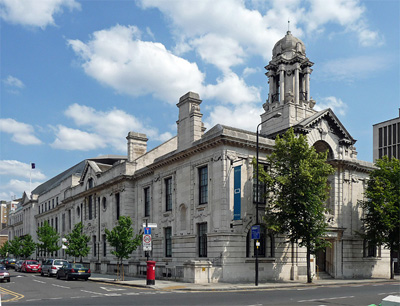 With more buzz than a nest of angry hornets, it was proclaimed in February that Lee Westcott (formerly of the unstoppable Jason Atherton empire) would step in to replace Nuno Mendes’ Viajante at the Town Hall Hotel in Bethnal Green. And finally the much-heralded restaurant, Typing Room, opens today (16 May).

Westcott brings an impressive CV to this new venture, which numbers his old boss Atherton among its backers. He has previously worked with Tom Aikens, Gordon Ramsay at Claridge’s, as well as time at New York’s Per Se and Noma before running Atherton’s Hong Kong restaurants 22 Ships and Ham & Sherry.

Cocktails and drinks for Typing Room are served by the Peg + Patriot bar, which operates under Matt Whiley (of the Talented Mr Fox at One Leicester Street). Read our interview with Matt.