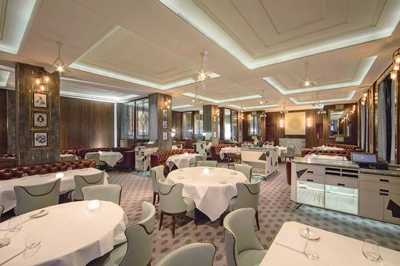 The Editors’ review of Marcus

We check out The Berkeley’s new look ‘casual’ dining room. Not all that casual, obviously.

The Evening Standard critic finds the bill at Simon Rogan’s new restaurant is a little too rich for her tastes.

On the site of Viajante (RIP), Lee Westcott’s venture numbers Jason Atherton among it backers.

But the Evening Standard writer astutely avoids the queue for a table with an early bird dinner.

And the name? The ‘Nobu hotel Shoreditch in London’. On the tin, and all that.

The Spectator boldly ventures to the now polite Wong Kei

“At Wong Kei the food is either edible or inedible with no notes in between”.

A Shoreditch outpost of the Camden original launches in a former music hall.

Zoe Williams experiences the ‘temple of fish’ that is Wright Brothers

The Telegraph critic heads to their new Spitalfields Market outpost and loves it.