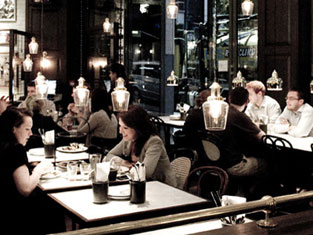 Hot on the heels of its enormous 250-cover Mumbai-style cafe in King’s Cross, which opened in November last year, Dishoom has announced plans for a fourth London outpost. The “cool” and “different” chain has chosen shopping hub Carnaby Street for its next venture, just a few doors down from Cinnamon Soho on Kingly Street.

Over the last 12 months Carnaby Street has become something of a destination for dining as well as designer labels with the addition of Kingly Court which contains (among others) Pizza Pilgrims, Whyte & Brown, Shoryu Ramen and Wright Brothers.

The new Dishoom, opening autumn 2015, will inhabit a 7,000 sq ft site comprising a bar, restaurant and courtyard serving their signature Bombay breakfast (the bacon naan roll is a must), lunch, afternoon chai and dinner.