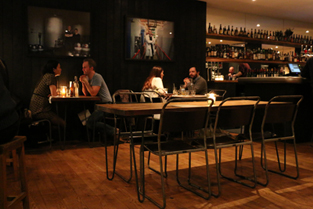 Rather seems long-term ‘serious’ restaurateur David Moore may have hit upon a vulgarly successful mass-market concept. The man behind Pied-Ã -Terre and L’Autre Pied is on the cusp of announcing two further sites for his US-style smokehouse, One Sixty, reports Caterer & Hotelkeeper.

Since its opening in West Hampstead in April, Moore says that One Sixty has been ‘unbelievably busy’, with 200 diners a night at weekends. He puts the high turnover down to the restaurant’s price point, with some mains at just £12.

News of a deal for a second site is expected to be announced in June, with a third to follow soon after. Moore is also still hoping to find a permanent home for his former Marylebone pop-up Pieds Nus.

Rick Stein staff to receive pay until Government scheme kicks in
Cornish restaurant supplier launches new meat box service
Micheal Gove says hospitality businesses are up against it when they reopen - but they will, and soo...
Paul Ainsworth: 'I've taken 3,000 bookings in two days'
Share this article:
Facebook
Twitter
Join the Community
Join for Free