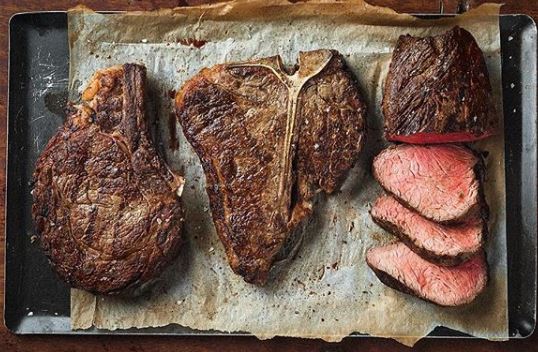 Restaurant group Hawksmoor has finally announced its plans to open its first site in New York.

The 180-cover site is due to launch in 2019, and will occupy the United Charities Building in Manhattan.

The move has been a long time coming. Co-founder Will Beckett said: “When we open in 2019, Hawksmoor New York will have been 5 years in the making.

“While that has felt like an incredibly long wait, it has given us the opportunity to get to know New York intimately, meet the people who make the industry tick, eat extensively in its amazing restaurants and find some passionate farmers, fishermen and suppliers.”

Hawksmoor was founded by Beckett and Huw Gott in 2006. Harden’s readers may remember a more sparse restaurant industry 12 years ago.

The first steak house, in Shoreditch, was “built on a childhood memory of how good steak could taste.” It was an almost-novel concept, in the sense that although there were dim memories of the Berni Inns chain, there were precious few dedicated steakhouses in London at the time, and none thatwere fashionable with the young hip crowd of the day.

Far from being novel in New York just a year off 2020, Gott nevertheless has high hopes for his latest establishment, which will be housed in a National Historic Landmark dating back to 1893.

The venture will stay classic, with thick-cut steaks sourced from grass-fed cows, as well as its Sunday roast and wine list. And even if Hawksmoor will have serious contenders Stateside, it does in London – and the UK generally – here too. Blacklock, the Guinea Grill, and Goodman are all rated more highly than Hawksmoor by our reporters.

What do we say about the one hoping to break America?

Huw Gott and Will Beckett’s zeitgeisty steakhouse chain still hits just the right vibe for many savvy Londoners with their “casual but professional” service of “sublime” British-bred meat and “superb” cocktails, and for cooler business-types in particular “they never fail to impress”.

Some “whopping price tags”” give rise to complaints, but even though ratings have ebbed a little over the years with the roll-out of branch after branch (the latest in spring 2017 was a new “hipster” branch near Borough Market) the brand’s legions of fans remain very loyal: “It costs an arm and a leg, but you can rest assured that the arm and leg will be perfectly cooked!”

Rick Stein in hot water over decision not to pay staff
Hospitality sector provides 20,000 beds to frontline workers in coronavirus fight
Operators likely to cut back sites to rebuild after lockdown
A pop star has complained after not being allowed into Sexy Fish in a hoodie and trainers
Share this article:
Facebook
Twitter
Join the Community
Join for Free