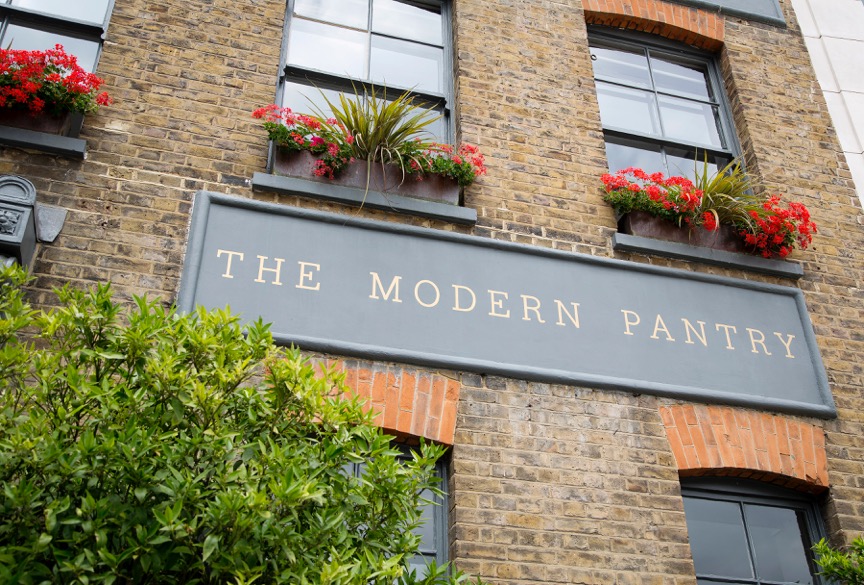 The big day is in august, and to mark the milestone, Hansen and her team have set up a series of events, with dishes created by ‘friends’ of The Modern Pantry, as well as an anniversary afternoon tea.

The likes of Shaun Searley of The Quality Chop House, Chantelle Nicholson of Tredwell’s, Ravinder Bhogal of Jikoni, and pastry chef Claire Clark will get behind the Pantry stoves. As yet, menus have not been announced (check back with us soon – we look forward to your reports).

We do know all about Hansen, though. Predominantly casual, the Aussie chef has cultivated a restaurant concentrating on fusion food – her sugar cured prawn omelette with spring onion, coriander, and smoked chilli sambal is the stuff of urban legend.

And we’ve got the low-down on Hansen’s afternoon tea, which will include Cheddar, caramelised onion and sumac scones with whipped black garlic and umeboshi butter, and Earl Grey pannacotta, tamarillo jelly, and garam masala shortbread. There’s a less interesting-sounding smoked salmon and yuzu sandwich, too.

Harden’s reporters note The Modern Pantry isn’t everybody’s cup of chai. Some see the restaurant as “over-fussy straining with exotic ingredients doing nothing for taste”.

That said, the Aussie chef boasts a “great brunch”, with her miso pancakes in particular going down well. And fans praise “enjoyable combinations confounding any bias against fusion fare”.

Bob Bob Cité introduces fine wine price cap - dropping the price of bottles right down
Nico Simeone announces fish and chip-themed menu for London launch
Casual Dining Group 'looks at all options'
Micheal Gove says hospitality businesses are up against it when they reopen - but they will, and soo...
Share this article:
Facebook
Twitter
Join the Community
Join for Free