Homeslice is to open its sixth London restaurant early next year. The pizzeria will join the likes of Hoppers, Bone Daddies, and Harry’s Bar in St. Christopher’s Place in Marylebone.

The expanding chain also plans to move its head office to the four storey property, with ‘significant renovations’ to come. The development as a whole may not be another Coal Drops Yard, but is telling – a figure of £320m has been touted.

Homeslice told Big Hospitality: “James Street and St. Christopher’s Place is really exciting to us, it’s somewhere we’ve always wanted a presence. We are working closely with the landlords on creating a space unique to Homeslice and the area.” 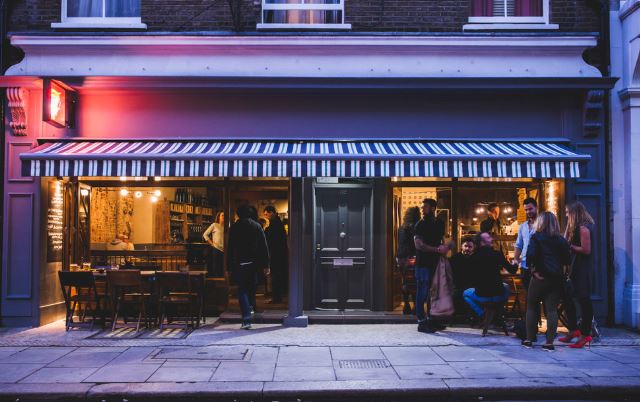 The restaurant group, owned by Terry Wogan’s sons, has become well known for its enormous 20-inch pizzas, which are topped with quite obscure, or least original combinations.

The variety has meant Homeslice has removed itself from the likes of Pizza Pilgrims and Pizza East, which are more similar. It’s also seemingly a fan of big, steel and glass developments. The last Homeslice made its home at the new Bloomberg Arcade in early 2018.

Harden’s reporters are keen on Homeslice, which they say offers “Excellent, enormous pizzas with a decent variety of toppings”. Though be warned, the restaurants are “quick and dirty with paper plates and plastic cutlery – lingering is not encouraged”.