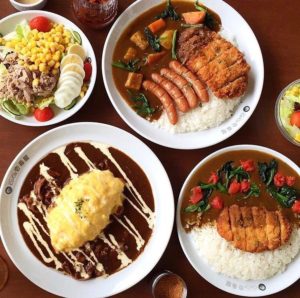 Coco Ichibanya has more than 1,000 restaurants in Japan and another 150 throughout South East Asia and the US.

The site opened on December 12 on Great Newport Street in Soho. It’s not only the company’s first London set up, but its first in Europe, too.

Coco Ichibanya specialises in curry rice (karÄ“ raisu). The dish is vegetarian or meat-based – pork, beef, or hashed beef – and sauces range from mild to “level ten” heat. Tonkatsu is also served, as are burgers, seafood plates, and egg dishes.

The arrival looked as though it would not have as big a marketing campaign as Din Tai Fung (which brought the likes of Boris Johnson and Stephen Fry to its launch).

Rather, it was spotted by Independent journalist Ibrahim Salha.

NEWS
Competition: 5 boxes of luxury coffee to be won

NEWS
A place for eating – and forgetfulness