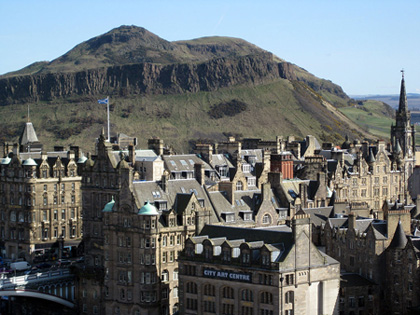 With the Scottish independence referendum imminent, who knows what the future may hold? Perhaps the next time we travel to visit our northern neighbours we will need to go armed with passports? Edinburgh is a particular highlight for those who love eating out, being the best-provided dining conurbation outside the Smoke.

Italian restaurant Enzo will be the first licensed premises to open at the Quartermile development, one of Scotland’s largest urban regeneration schemes, on the former site of the Royal Infirmary. Situated over two floors, the dining room will have 60 covers, while a huge bar will accommodate 120 people, with al fresco seating for 40. An all-day dining affair, Enzo will open later this month serving both Scottish and Italian produce, plus a range of Italian wines by the glass and ‘themed cocktails’. 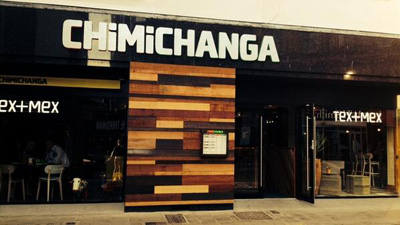 Last year rumours that Edinburgh might be getting a Chipotle outpost didn’t enamour the local population much as Lothian foodies favour a clutch of existing burrito spots including Taquito, Illegal Jack’s and Los Cardos. So how will the first Scottish branch of TexMex chain Chimichanga be received? The 38-cover restaurant launched earlier this month in Queensferry Street on the site Bar Roma.

Set against the dramatic backdrop of Edinburgh Castle, this temporary al fresco restaurant offers brunch or lunch to just 12 lucky foodies. Held on 26 July, Slow Food and the folks from Edinburgh Larder Bistro will serve up smoked salmon, scrambled eggs, pastries and a glass of fizz from 10.30am. Tickets cost £10-11. Lunch begins at 1pm and includes artisan bread, lamb paired with a local beer, a seasonal dessert, tea, coffee and chocolates. Tickets cost £19-£21. Each sitting has just 12 places so booking via info@slowfoodedinburgh.co.uk is essential. 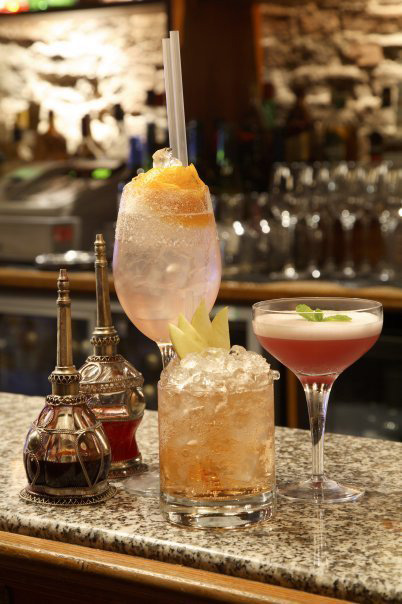 If you want to know where to get the best cocktail in Edinburgh look no further than this classy drinking den in Thistle Street. Bon Vivant has won many plaudits for its creative concoctions and is now in finals for Best International Restaurant Bar in the annual Tales of the Cocktail, Spirited Awards 2014 in New Orleans. The winner will be decided on 19 July. Bon Vivant is the only Scottish entrant in this category, competing against Delicatessen (Moscow), Spitalfields Bar at Hawksmoor and Blind Pig at Social Eating House (both London). Read about these two London haunts and more great cocktail bars in our roundup.

REVIEW OF THE REVIEWS

The Guardian’s Marina O’Laughlin heads back to her native Scotland to review Timberyard.

She finds great cuisine marrying Nordic pickling and foraging with a Scottish love of dairy (“Cream! Yeah!”). The restaurant has been seen as a game changer, and there’s certainly a lot to love – although it teeters on the edge of the food being more about chef than diner.

The Scotsman’s Richard Bath has long lamented the historic lack of places serving decent pub grub in and around Edinburgh, but The Blue Coo could change his mind.

This bistro at the Buccleuch Arms in St Boswells (just outside Edinburgh) as a classic example of a pub which serves outstanding food in impressive surroundings. 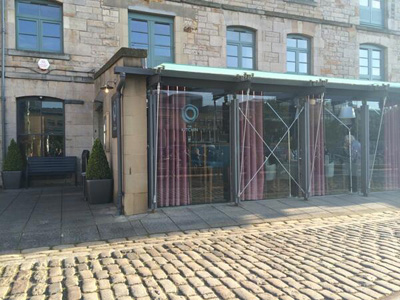 The Telegraph’s Matthew Norman is lucky enough to get a table at The Kitchin, a place that’s worth the sometimes month-long waiting list.

Critics are united on this one – Tom Kitchin’s eponymous restaurant is one of the best and most genuine in the UK.

The Scotsman’s Richard Bath loves the creative spirit at The Old Bakehouse.

Don’t miss our competition to win dinner for two at The Old Bakehouse.

“A great addition to Stockbridge”; Tom Kitchin’s new gastroboozer has opened to rave reviews and is already “bursting at the seams” – our least positive report reads: “may not really be the pub it would like to be… but the food is lovely”. 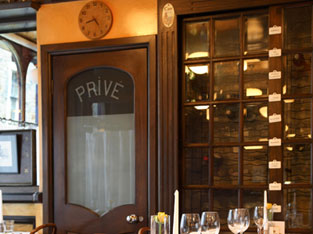 “Gallic charm and no pretensions” mean that this “crisp” and “oh-so-French” bistro “hidden away down a side street” in New Town “never fails to delight”, not least with its “classic” cooking.

“A beautiful location for this chain that doesn’t feel like a chain”; the former site of Oloroso (RIP) – with its “superb” castle-views – now offers a “great range” of Thai fare, realised to a standard somewhere between “good” and “excellent”

“You can’t be fussy – you get six courses, and no choice”, all served at communal tables, at this “quirky” yearling, near the A1; it’s been a smash hit though – service is “passionate”, the style is “sociable”, the food – from the “finest produce” – is “earthy” and all-in-all it’s a “genuinely new and interesting” venture. 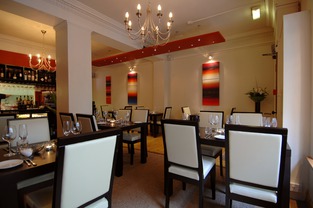 “Not be missed when Edinburgh!”; this basement dining room transcends its subterranean location (albeit in the grandest hotel in town) to offer an experience which, almost all reports agree, is “wonderful, from start to finish”; Jeff Bland’s cuisine is “beautifully presented, but not over fussy, or too complicated”.

“Competes with the cooking you can find in any capital of the world!” – “every course presents beautiful combinations of flavour and design”, says one of the almost uniformly ecstatic reports on Martin W’s “very smart” and “professional” Leith landmark.