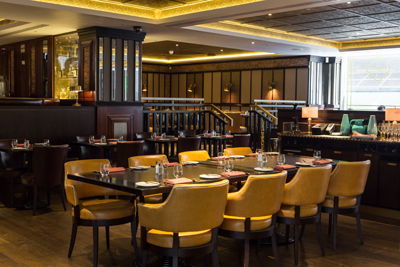 It’s a handy enough place for breakfast or tea and coffee but we’re not sure it persuades as a lunch/dinner destination.

The Evening Standard critic is back from her hiatus and thrilled to discover a new Notting Hill restaurant.

The Telegraph’s Zoe Williams is transported to Vienna

The mittel-Europe food matches up to the extreme attention-to-detail décor at Fischer’s.

Exciting news for those up North as this ever-popular steakhouse steps outside of London.

He’s eaten in all 110 three Michelin star restaurants but finds some of the guide’s decisions ‘worryingly dubious’.

Canvas closes and relocates with a new, informal outlook

Michael Riemenschneider plans to relaunch his restaurant in Kensington/Chelsea in the next four-five weeks.

Jay Rayner finds an oasis of calm in Knightsbridge

The Guardian critic enjoys his lunch at Toto’s surrounded by the Chanel handbags of the Ã¼ber-rich.

Does this means mere mortals might be able to bag a table at London’s hottest celeb haunt? Or will it be so over by then?