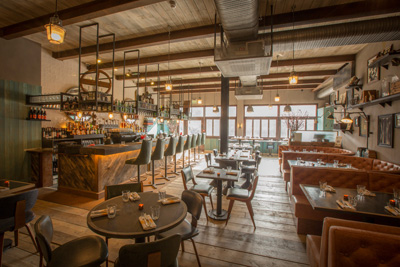 The Editors’ review of Q Grill

Camden’s answer to the Caprice. But who asked the question?

Was Gordon Ramsay ‘sitting for a portrait dressed as a beefeater’ when he dreamt up that name?

Read the first guest article for Taste of London

Our own Richard Harden gives his London restaurant roundup

New neighbourhood restaurant to open in north London next month

Kids are more overweight in London than North England

She can’t find fault with any of it. So why is this Soho spot so empty?