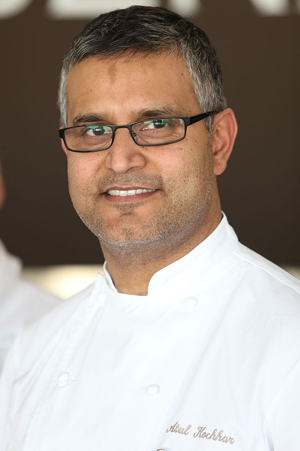 Marlow’s once-celebrated Compleat Angler hotel is to launch a new restaurant. And it’s Indian. The chef is Atul Kochhar, of Mayfair’s Benares – one of the Indian chefs credited with elevating the food of the subcontinent to true fine dining status. He will take over the former Riverside restaurant which until last year traded as Aubergine. Aubergine’s less formal neighbour Bowaters at the Compleat Angler also closed last year.

Kochhar, who already runs Indian Essence in Petts Wood, Kent, and Ananda in Dublin, has not yet taken the reins at the Riverside and, as yet, no details of his plans for the restaurant have been released. Watch this space.

* The main image by Bruno Cordioli for CIBVS is licensed under the Creative Commons Attribution-Share Alike 3.0 Unported license.