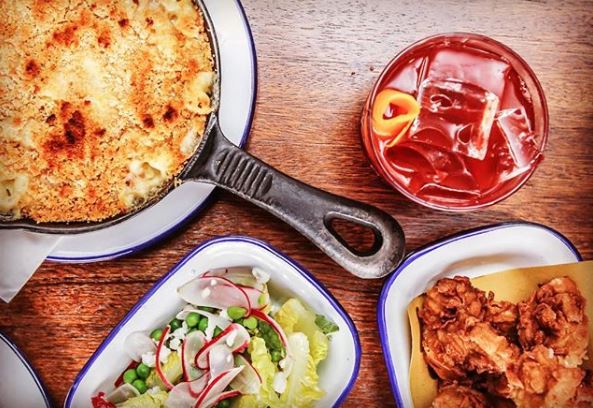 Spuntino has signed an exclusive franchise partnership with TRG Concessions . It means the brand can open sites in UK airports. The first will arrive at Heathrow in December.

Spuntino – which means ‘snack’ in Italian – is based around Italian-influenced New Yorks mall plates. The theme of the new restaurant will be the same, as will the standard lunch menu.

At the airport, however, will be the restaurant’s own breakfast and takeaway menus, as well as a doughnut machine, staff on roller skates (no really), and a mural painted by artist Neal Fox. The new Spuntino is replacing an old WHSmith.

Spuntino is part of the Polpo Restaurants group, founded by Richard Beatty and Russell Norman in 2011. Scott Macdonald is managing director.

The new direction for the group comes at the end of a somewhat tumultuous time for the business. Spuntino’s expansion to Bristol closed after just a year. Polpo closed three locations in January: Bristol; Exeter; and the company’s Ape & Bird Soho spot. Six Polpo restaurants remain; five are in London, one is in Brighton.

Will Spuntino work at Heathrow? Harden’s reporters say the existing offering makes for a “very welcoming spot for a solo luncher”. Could it be the decent, affordable, casual food frequent flyers crave?