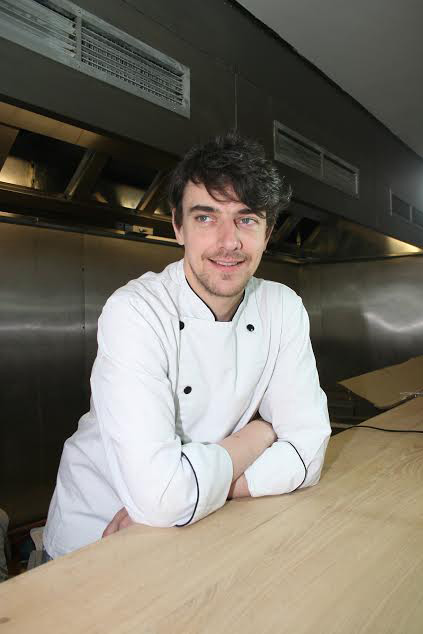 With more pedigree than a Crufts champion, Yoann Chevet – who has worked for Le Meurice, L’Atelier de Joel Robuchon, The Connaught and Galvin at the Windows (to name but a few) – has struck out on his own. The impressively-credentialed chef has launched a new 28-cover restaurant, Sinbaro, in Battersea Rise.

Although his background is very much in the French old-school, Chevet says his new venture (started with his wife, Sujin) breaks out of the traditional fine dining setup.

Sinabro, meaning to progress step-by-step in Korean, has been described by its owners as ‘bistronomique’ – falling somewhere in between bistro and gastronomic cuisine. The menu consists of sparsely named plates such as ‘Eggs / Red Wine Sauce / Crouton’, which they say is ‘intriguingly elusive’.

Of course there is an open kitchen with the ‘oh so de rigueur’ chef’s counter, seating 16, so guests can watch the chefs at work.