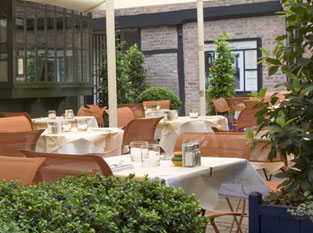 Jamie Barber, the man behind Brazilian BBQ group Cabana and Hush Brasseries (pictured), has secured a £5 million cash injection to help expand both businesses. Cabana, which already has five London sites, will get the lion’s share (£3m) to help it grow nationally, with three further openings by the end of the year, including a site in Leeds and a flagship site at Greenwich’s O2 Arena.Barber also has plans to launch a Brazilian pop-up in Covent Garden this summer, waggishly named the Grill from Ipanema.Hush, on the other hand, will get a £2 million cash boost, but will open just one more London restaurant. The site, already close to completion, opens later this year.The new funding, reports Caterer & Hotelkeeper, was raised from HSBC and shareholders including Saracens owner Nigel Wary, French Connection founder Stephen Marks and Zoopla and Lovefilm founder Alex Chesterman.