Tickets are now on sale for this exclusive one-off event at Corrigan’s in Mayfair to celebrate their 10th Anniversary. 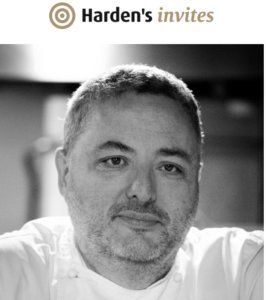 On Monday 19 November, Richard Corrigan is marking his flagship Mayfair restaurant’s 10th anniversary with a special banquet sponsored by LVMH co-hosted with Harden’s showcasing produce representing the best of Ireland and the British Isles.

An informal ‘meet the chef’ Q&A will follow with Peter Harden introducing Richard and discussing his life and career to date, opening questions to guests.

There will also be a chance for all guests on the evening to win a cocktail masterclass for two at Richard’s newly launched Dickie’s Bar. Richard will also be available for book signings of his home recipes cookbook A Clatter of Forks and Spoons, priced at £30.

It is sure to be an unmissable evening of gourmet food, fine wine and good craic! Guest numbers are limited, so be sure to book today to avoid disappointment.

Tickets are £120pp including paired wines and must be purchased in advance.  Simply email reservations@corrigansmayfair.com or phone the restaurant on +44 (0)20 7499 9943

We do hope you can join us!

7.30 pm: Welcome from Peter Harden then dinner is served

After dinner: Q & A with Richard Corrigan, book signing and draw to announce winner of cocktail masterclass

• Payment will be taken in full upon booking. • Please provide any dietary requirements when booking.

• Tickets are non-refundable but are transferable. • As this is a banqueting style event you will be dining with others.