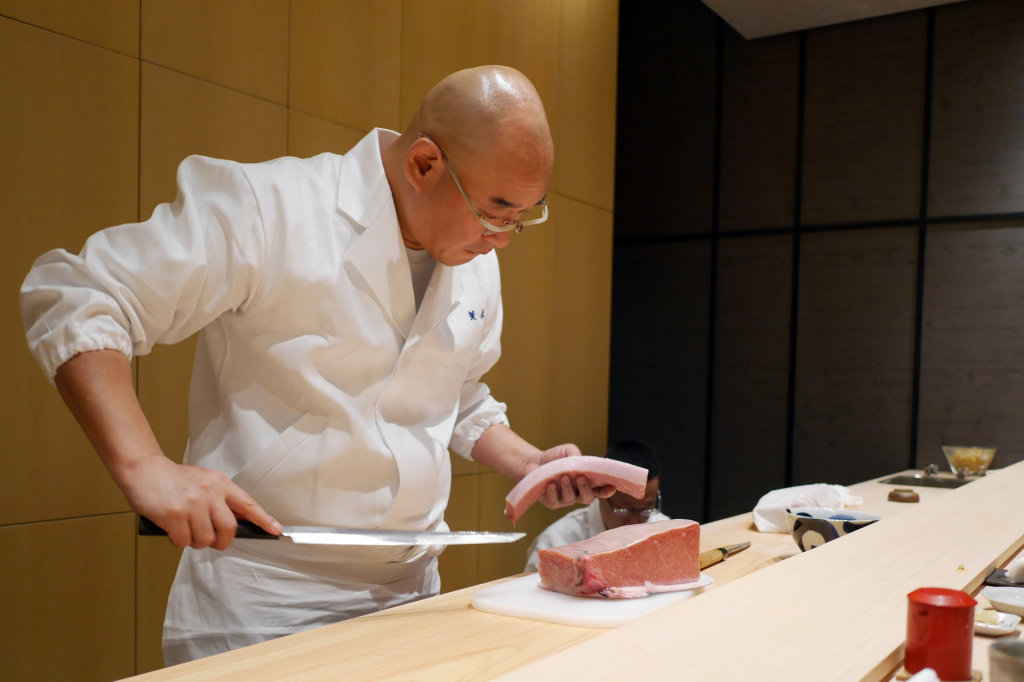 Head chef and oyakata (sushi master) of The Araki –  the highest-rated restaurant in the Harden’s 100, and London’s only three Michelin-starred Japanese restaurant – is to leave in March 2019.

Mitsuhiro Araki has been in London since 2014, having moved to Britain from Tokyo, where he had a Michelin three-star restaurant previously.

Harden’s was the first restaurant guide to acknowledge the chef as London’s best, recognising him as London’s top gastronomic winner at the inaugural Harden’s London Restaurant Awards 2016 (a year prior to his top-grade award by Michelin).

The chef is to hand over the reigns to his deputy, British-Chinese Marty Lau, and return to Japan permanently with his family.

The master is leaving for Japan in the first quarter of next year.. #London

The Araki, a ten-seater restaurant in Mayfair, serves only one omakase (tasting menu), and costs £310 per person, without drinks and service.

Still, readers think it’s worth the money. “Can heaven be far away?” asked one reporter. Others called it “world class” and “as close to Japan as you can get in London”.