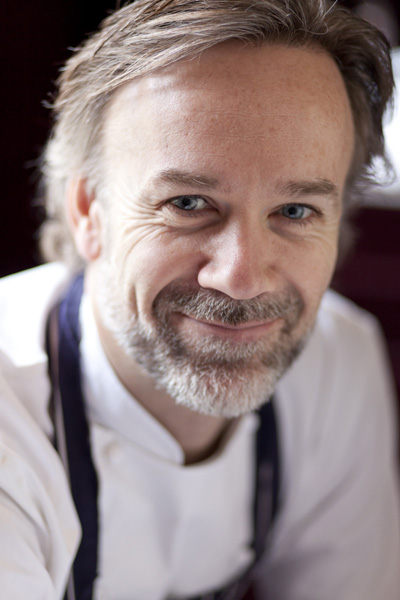 This is the first time Marcus Wareing Restaurants has opened an establishment not backed by a hotel. The group’s other sites, the Gilbert Scott and Marcus, are in the Renaissance Hotel at St Pancras and the Berkeley in Knightsbridge respectively.

Tredwell’s, apparently named after the butler Tredwell in Agatha Christie’s Seven Dials mystery, will be a more casual affair than anything Wareing has launched so far – a mid priced ‘West End eatery’. It takes over an historically tricky three storey site on Upper St Martin’s Lane, most recently occupied by Kyashii, a futuristically-styled sushi spot.

Head chef Andrew Ward has created a menu which will include dishes such as crayfish, gem, black rice and quinoa salad; Salmon, spirulina, cauliflower, chilli and soy; and Lamb chops with minted bean chutney.

The 130-cover restaurant will have a bar in the basement and a seated dining bar on the ground floor. Robert Angell, who has been busy refurbishing Wareing’s flagship restaurant, will be in charge of the new West End property too.

Wareing is also to take over as the face of the Beeb’s Professional MasterChef this autumn, replacing the rather more benevolent Michel Roux Jr. A decision which Barbara Ellen of the Observer said “feels akin to inviting Darth Vader babysit”. However, Wareing says the show will reveal his ‘softer side’.