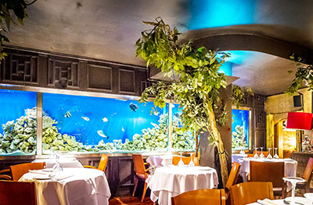 Earl’s Court institution Mr Wing has closed, after 28 years. Once regarded as perhaps London’s premiere upmarket Chinese restaurant, and a top spot for parties and romance, it had attracted relatively few survey reports in recent years. Many people seemed to feel that the old place simply hadn’t been the same since since its long-time manager retired. A few weeks ago signs were posted in Mr Wing’s window saying that the restaurant was closed for redecoration and would reopen soon.Unfortunately this turns out not to be the case and the Old Brompton Road site will relaunch a ‘progressive’ Indian restaurant called Chingari later this month. An odd decision perhaps. The area is already served by the veteran Star of India, as well as the ever-popular Noor Jahan, but lacks quality Chinese places.