Recent news that 64 Degrees, Brighton, has plans to bring its particular brand of ‘social dining’ to the capital got us thinking more generally about what’s happening in London-on-Sea. So, this week, we shine a spotlight on Brighton……

Possibly the most exciting restaurant ever to hit Brighton, according to Marina O’Laughlin, 64 Degrees is planning to set up shop at a hotel in Pimlico. The dining hotspot, from chef Michael Bremner, has had foodies on our coastline talking ever since it opened last year.

Styled as a ‘social dining’ experience, the menu is all small, sharing plates that guests can pick and choose to create a tasting menu and then watch the chefs prepare in the restaurant’s completely open kitchen. From your ‘kitchen table’ perch you can even chat with the chefs about the food as they churn it out, so no wonder restaurant scenesters are loving it.

The name 64 Degrees, obviously, derives from the temperature at which they cook their eggs, sous-vide. 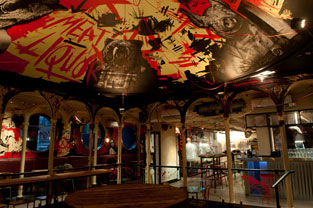 Further proof that the humble burger is taking over the food scene outside the capital. It seems the much-loved burger bar, which consistently makes it onto lists of London’s best beef restaurants, is gearing up for world domination. Not only have they expanded to Brighton, they’re opening a spot in Bristol too, and we hear the North may be next.

This new cocktail and food bar in Brighton gives people the chance to select their own soundtrack on an online jukebox.  How very, er, ’60s. You can access playlists via your smartphone or tablet and pick your favourite tunes throughout the evening. Meanwhile there’s a list of over 100 cocktails to choose from, created by Shuffle founder and mixologist Paul Mason, as well as locally sourced food. It joins a growing scene of shops, bars and restaurants in the City’s regenerated London Road area. 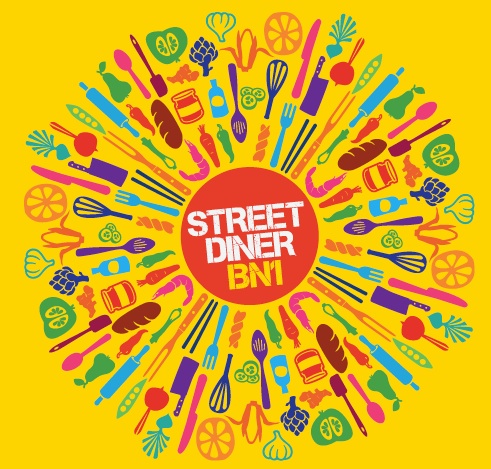 After scoring something of a hit on Brighton’s food scene last year, this street food market will pitch up in Hove next week (14 May). Street Diner will pop up outside Hove Town hall from 11am-3pm every Wednesday throughout the summer.

The original Brighton Street Diner continues at Brighthelm Gardens every Friday from 11am-3pm.

REVIEW OF THE REVIEWS

The Guardian’s Marina O’Laughlin reveals what all the fuss is about at 64 Degrees and admits to once swooning over Marco Pierre White. We imagine that was quite some time ago.

If you love burgers but don’t love the hipster crowds, Formica tables and driving bassline that usually accompanies burger bars, then Coggings & Co could be the place for you, says restaurantsbrighton.co.uk

Graze in Hove received some oddly mixed reviews in our 2014 survey and The Telegraph’s Zoe Williams finds she’s disappointed by the small plates restaurant as it tries just a little too hard.

If you love a good wine list then The Restaurant at Drakes Hotel seems to be the place to go. Imbibe named it one of the best in the country and noted its great selection from local, yes local, vineyards…

Harden’s offers better coverage of Brighton than any other national guide, here are some of the hottest restaurants in the city, according to our 2014 survey.

“Taking great pride in their ingredients”, this new grill-house near Churchill Square is “a very welcome addition to the Brighton scene”, and “not just for its meat”, either. 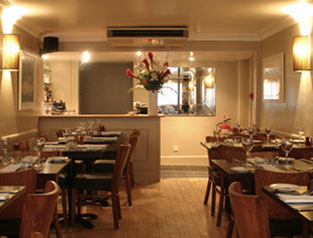 “Small but perfectly formed” – Ben McKellar’s “intimate” (“cramped”) dining room, “tucked-away down a side street”, remains Brighton’s best; the food is “not flashy” and “not cutting edge”, but “excellently cooked”, and service is “attentive without being smothering”.

“The only decent high-end seafood restaurant in town!”; this “hidden gem”, in the Lanes, dishes up “delicious fish by candlelight, washed down with some excellent wines”; “shared tables may not seem ideal, but actually it’s all part of the atmosphere”.

“Still the best vegetarian restaurant in the UK”; this Lanes phenomenon’s menu may “read like the worst of MasterChef”, but its “ludicrously ambitious” and “entertaining” dishes are supremely enjoyable, even for carnivores.

And we’ll be hoping to up the content even further, when we publish the 2015 edition later this year. The survey is now under way, so if you think 64 Degrees, Coggings & Co or Shuffle Bar are worth their first mention, send us your reviews. If you know anyone who should be taking part in our annual survey, and who’d value a free copy of next year’s guide, please make sure they’ve registered here.