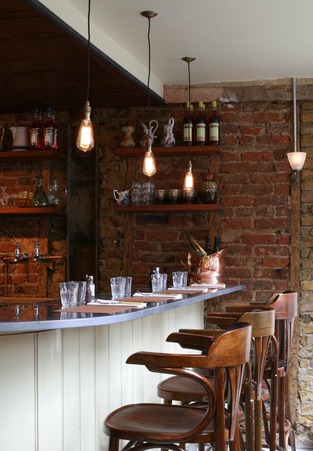 Next month will see the opening of yet another Polpo as Russell Norman expands his small-plates empire into Chelsea. The 40-cover all-day restaurant, with 70-seater al fresco dining terrace, will occupy a Grade II listed Georgian property in Duke of York Square. For those wishing to avoid the “tedious” queues that are ever-present at these Venetian tapas spots there will be reservations from 10am-5pm.

It’s been a busy 12 months for Norman (in partnership with Richard Beatty, who remains somewhat in the background). Not only has he launched a Theatreland gastropub, The Ape & Bird and a Polpo in Notting Hill (pictured), but reopened Polpetto on a new Soho site. The restaurateur has also embarked upon a TV career as a self-styled restaurant guru in the Beeb’s ‘The Restaurant Man‘.

The original Polpo, opened in Beak Street in 2009, and its ‘Venetian bacaro’ (by way of Downtown NYC) concept proved immensely popular. It was later joined by outposts in Covent Garden, Farringdon and, last year, Notting Hill – Norman’s first restaurant outside of Zone One.

Polpo Chelsea, coming to Duke of York Square in May, will be his second foray into a more residential postcode, but with the added benefit of Sloane Square footfall. It will be Norman and Beatty’s ninth London restaurant, other venues include Soho’s Spuntino and Covent Garden’s Mishkin’s.