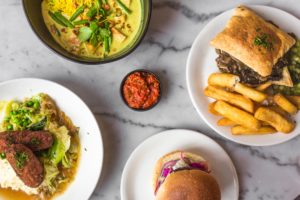 That “it’s always over-crowded, with never-a-free table” speaks volumes for this long-enduring veggie café in Soho, whose “simple and delicious recipes” have been packing ’em in for decades. All of a sudden they’ve decided to ‘go for it’ expansion-wise though: there is also one near King’s Cross now, as well as Camden Town (“unlike the original, you can book, thus avoiding the horrendous waits!”) and a Dalston branch opened in summer 2017. 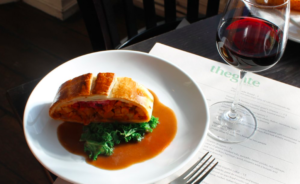 “I’m not a veggie but this was one of the best meals I’ve had in the last year” – typical praise for these “ingenious” veggies, which offer “an unmatched range of such accomplished dishes, beautifully sourced and expertly presented”. From the “lovely hidden-gem original in Hammersmith” (behind the Hammy-O), they added a similarly “top notch” branch in trendy Seymour Place this year. Islington is probably the weakest performer of the three – “it’s let down by a noisy environment” – but even so it’s “decent and very handy for Sadlers Wells”. 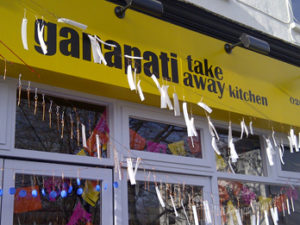 “South India comes to South London” at this “friendly and cosy” Peckham “perennial” – the area’s longest serving foodie hotspot – which is “untypical, as you sit at long wooden tables and are served by female, non-Asian staff” (it’s run by Brit Claire Fisher who was inspired to open it after her return from travelling). “Fabulous spicing, good quality ingredients, and a regularly changing menu ensure fresh surprises at each visit!” 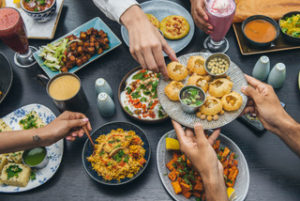 “You don’t go to impress!” when you visit this grungy veggie canteen in Wembley, but “the food is top notch from the fresh and large-ranging menu” (including some Chinese and Hakka dishes). There’s now a sister site to this popular gujarati specialist in Hatch End. 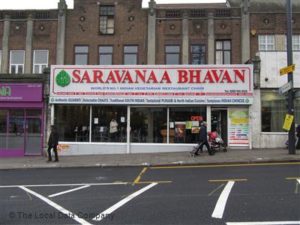 “Top dosas” are a highlight at this “exceptional cheap ’n’ cheerful” veggie, mixing north and south Indian dishes – one of the better bets in Wembley. 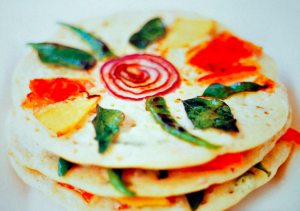 “Enough to make a believer of the most ardent meat-eater”: these “rather basic” and primarily veggie Keralans are so good, especially the Stoke Newington original, that “it’s hard not to overeat”. But while they remain “great value” there’s a feeling amongst long-term fans that “a little extra would be needed to regain full marks” – “it’s still good, but the menu never changes, and doesn’t excite me like it did”. 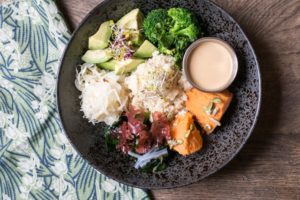 Camilla Fayed’s health-conscious yearling, complete with pharmacist-inspired decor, wins strong (if not quite universal) support for its “very imaginative” vegan cuisine. Its “really buzzy”atmosphere also wins particular praise, even before its recent introduction of ‘High’ tea – afternoon tea that not only avoids refined sugars, but uses hemp leaf infusions! 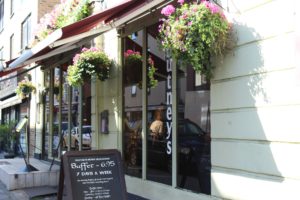 “A Mecca for veggie Indian cuisine near Euston”(“especially the ridiculously cheap Sunday night and weekday lunchtime buffet”) – “for the money, this place just can’t be beaten”. “The decor upstairs is acceptable, less so the slightly scruffy downstairs”. 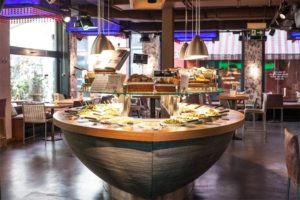 “Healthy and reasonably priced!!” This Swiss cafeteria chain’s attractive, veggie-vegan self-service buffet concept – wherein you help yourself and pay per 100g – is “a handy West End option”(“initially I thought it was pricey, but given it’s off Regent Street, I think it’s worth it!”). A new branch opened in June 2017 near Tate Modern. 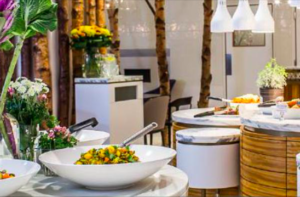 “I’m not vegetarian but the wide-ranging offerings here could (almost) make me one!” – limited but positive feedback on this self-service veggie near Oxford Circus. “Food is charged by weight (not yours thankfully!)”.