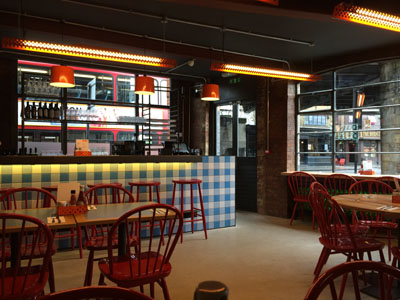 The Editors’ review of Bird

We ‘get’ bird in Shoreditch

The Standard’s Fay Maschler has a busy week

Noma regains its top spot from the Roca brothers

The chef shares his thoughts on London’s best Chinese restaurants

Restaurant takeovers happening in May and June

Hoping to Hook Londoners on fish and chips
Enoteca Turi celebrates 25 years in business
The Ivy creeps up north with outpost opening in Edinburgh
Festive fun in London this December
Share this article:
Facebook
Twitter
Join the Community
Join for Free