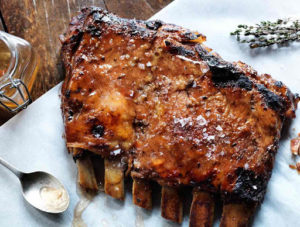 The Irish restaurant group Coqbull is reportedly opening in the former Jamie’s Italian site near Piccadilly Circus. CDG Leisure, which acted on the deal, said on Instagram the restaurant will offer “burgers, chicken wings, pizzas” and more when it opens in November, The Caterer said. Coqbull was founded in Cork in 2013 and went on […] 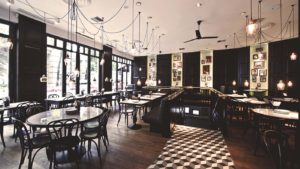 Dishoom is to take on a major refurbishment project at its Covent Garden site, which will include expanding into a former Jamie’s Italian next door. The original Dishoom, which opened in 2010, has provided the basis for a now burgeoning group of seven, with branches in London, Manchester, and Edinburgh. The group’s Upper St Martin’s […] 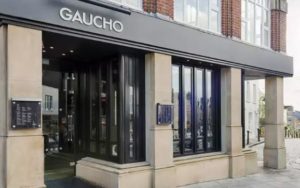 Martin Williams, CEO of Gaucho and M Restaurants, has offered former employees of Jamie’s Italian the opportunity to interview for roles at his group. All but three Jamie’s Italian branches were closed under a CVA earlier this month, with the remainder bought by the SSP Group, which owns Upper Crust, among other train station lunch […] 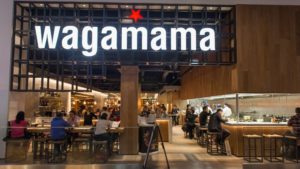 The Restaurant Group (TRG), which owns chains such as Frankie & Benny’s, Garfunkel’s, and Chiquito (all of which have always been omitted from Harden’s as they inspire practically no survey feedback from our community) has bought pan-Asian restaurant Wagamama in a deal worth £559m. The industry giant said Wagamama has until now “consistently and significantly outperformed […]

In his first interview after his well-publicised difficulties with Jamie’s Italian, Jamie Oliver gave access to the FT this week to present his case about what went wrong at the troubled group. His most gripping revelations surround the day he suddenly learnt that he was going to have to write a personal cheque for £7.5m […]

Jamie Oliver is closing his last Union Jacks restaurant, in Covent Garden plaza, bringing an end to the his flatbreads-and-British-comfort-food hybrid after five years. The announcement follows the closure in January of six branches of the celebrity chef’s under-performing Jamie’s Italian chain. The other three Union Jacks branches closed in January 2014. A company spokesman said: […]

Jamie Oliver is to close six of his Jamie’s Italian restaurants, his company blaming a “tough market” along with “post-Brexit pressures and unknowns” for the move. Is this one of the first examples of 2017 of under-performing businesses reaching for the Brexit ‘get out of jail free’ card? The closures are at Ludgate Hill in […]

TV chef Gino D’Acampo is parking his pasta machine on Jamie Oliver’s lawn with the announcement that his third My Restaurant will open in Leeds city centre by the end of the year – directly opposite Jamie’s Italian. Billed as “the UK’s favourite Italian chef”, D’Acampo made his name through TV appearances including a victorious […]

The issue of discretionary service charges and what percentage of these gratuities actually go to the staff has raised its ugly head yet again. This time PizzaExpress are copping it as members of Unite union organised demos this week denouncing the nation’s favourite chain’s policy of charging up to 8% for administration costs on tips left electronically. They […]

We don’t want to fan the flames of what is frankly a melba toast thin story, but a few words on this supposed ‘fracas’ between Jamie Oliver and Gordon Ramsay. The two chefs have apparently engaged in a war of words with the shouty one telling the Mockney one off for not going to his […]