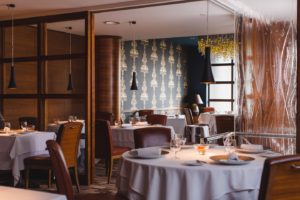 Situated in the heart of St. Helier, Jersey’s beautiful seaside capital, and walking distance from some of the island’s most breathtaking beaches, The Club Hotel & Spa boasts a truly unrivalled location. The hotel is home to the outstanding Michelin starred 5AA rosette Bohemia Bar & Restaurant, which has firmly put Jersey on the gastronomic map as a food-lover’s destination.

Harden’s has teamed up with The Club Hotel & Spa to offer one lucky reader the chance to win an overnight stay for two, the prize includes a tasting dinner at Bohemia. To enter simply email mail@hardens.com.

Bohemia Head Chef Steve Smith is one of the world’s most distinguished chefs. Steve Smith has won a Michelin Star five times and has held a Michelin star for over 20 years. Bohemia is the only Michelin starred restaurant in the Channel Islands, and it is also the only restaurant in the Channel Islands to hold five AA rosettes and be listed in Harden’s ‘Top 100 Best Restaurants 2018’. 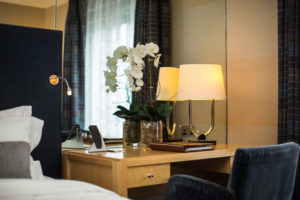 Steve Smith endeavours to offer a variety of local, fresh produce in all of his dishes and celebrates seasonal fruits and vegetables. The majority of ingredients such as the famous Jersey Royal Potato and fresh Scallops are locally sourced from the island of Jersey, while other ingredients are gathered from France, a mere 16 miles away. The fresh Oysters come from local fishermen and from Normandy, the capital of Oyster farming.

Bohemia Bar offers a Cocktail Garden on the roof terrace, which is one of the most stylish bars on the Island. Bohemia’s bartenders mix up cocktails with ingredients freshly grown in the garden including mint, thyme, lavender, sage and strawberries. The outdoor terrace is the perfect place to drink and dine al fresco in the heart of St Helier and is available to enjoy all year round with a fireplace to warm up the garden on chillier evenings. 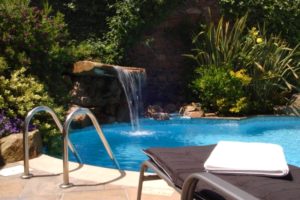 The Club Hotel & Spa boasts a pool terrace, where guests can take a dip in the curved heated outdoor pool, or simply relax on the sun loungers and soak up Jersey’s glorious sunshine – as Jersey boasts one of the best sunshine records in the British Isles. 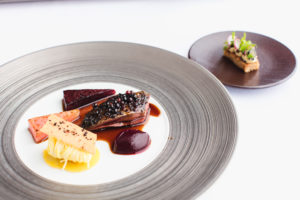 The prize is an overnight stay for the winner plus a guest at The Club Hotel & Spa and tasting dinner in Bohemia for two. Prize to be taken redeemed and booked between 1 October 2018 and 31 March 2019 excluding bank holidays. Transport not included. Winner must be over 18. Any extras and drinks will be charged.

The competition is open until 11 May. A winner will be chosen at random.