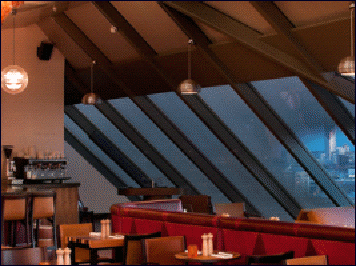 D&D London has been able to purchase a prime piece of restaurant real estate after its former owner’s company went bust.

The group once known as Conran Restaurants has bought the 130-cover Madison Bar and Restaurant in the City’s One New Change centre (which also houses Jamie Oliver’s Barbecoa) for £4.5 million. The tapas restaurant was founded by American businessman Frank Dowling whose company Greenwich Holdings fell into administration last November, and who was later arrested as part of an HMRC tax fraud investigation.

Despite alleged company debts of £9 million (and £6 million in undeclared VAT and PAYE), the businessman has described Madison as “arguably the most profitable bar/restaurant per square foot in London”, according to Caterer & Hotelkeeper.

D&D would seem to agree, calling the site – with its views over St Paul’s – an “absolute stunner”. Some changes will be made to the menu, but the overall concept of the bar, restaurant and roof terrace will remain the same, they said.