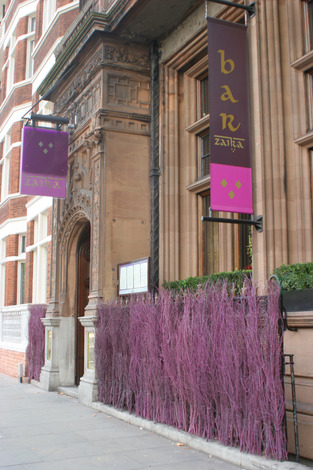 After a very short-lived experiment with British cooking, the Tamarind Collection is going back to what it knows best… and reopening Zaika on the site of the failed One Kensington, which was only launched in March.

The press release says the restaurant has been reincarnated ‘by popular demand’, but it may also have something to do with the apparent unpopularity of its replacement. Our own review was pretty upbeat, but One Kensington received a bit of a drubbing in publications like the Evening Standard and the Telegraph earlier this year.

A menu of Northern Indian cuisine will be masterminded by Sanjay Gour (who formerly worked under Jason Atherton, before moving to Maze, the Savoy Grill and Murano). The 120-cover restaurant features wood panelled walls, vaulted ceilings and offers views over Kensington Palace Gardens. Banquet and booth seating will be available, as well as a semi-private 20-cover dining area on a raised platform.