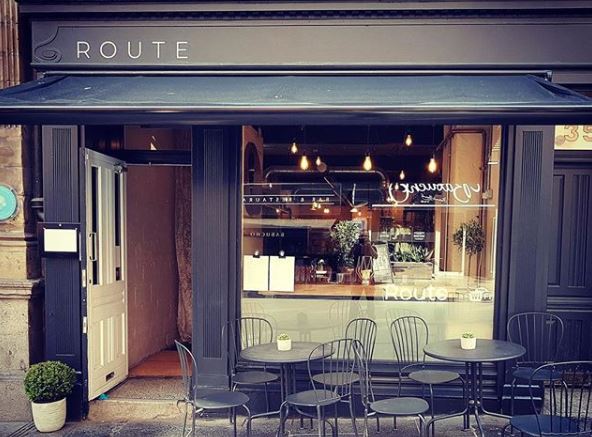 The team behind Staith House in North Shields has opened a new restaurant in Newcastle.

John and Kimberley Calton, along with chef and business partner James Laffan, have launched Route in the city centre – a ‘seasonal’ wine-led bistro.

So we have high hopes for Route, which sounds equally unfussy. The trio have taken over a former burger bar and turned it into a 35-cover restaurant. At Staith, old world wines are given credence, and it sounds as though grapes will play a notable part at the new venture.

Calton said the idea for the new restaurant came about after he passed the advanced WSET (Wine & Spirit Education Trust) course.

Hear from the chef

He told The Caterer: “It’s a different concept for Newcastle, even if it’s a way of operating that’s been happening in London for some time. Though we actually got the idea in Berlin.

“At Route you graze your way through the menu with sharing dishes that are designed to work with the wine.”

The 80 bin wine list includes organic and biodynamic wines, as well as the ‘affordable classics’ Staith has become known for.

“Expansion is something that we have been planning for some time now, but finding the right location has been key,” added Carlton.

“We look forward to becoming part of Newcastle’s culinary scene as well as continuing to focus on the Staith House, which is going from strength to strength with a fantastic team in place.”