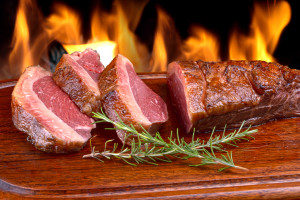 London’s appetite for stoking ‘cues and smoking meats remains undiminished by time or the increasing abundance of BBQ joints in the capital. Just this week Neil Rankin announced temper City, and the last 12 months have seen the launch of MeatUp in Wandsworth, temper Soho, The Stoke House at Victoria’s Nova development, Texas Joe’s Slow […]

On Thursday 26 May Auction Against Hunger will return for the fourth year in a row to raise money for the restaurant industry’s charity of choice, Action Against Hunger. This time around the event will be held at the new Street Feast venue Hawker House in Canada Water where top chefs will cook up street food style […]

Just weeks after taking on the mantle of executive chef at Strand Dining Rooms, Mark Sargeant had announced he will open his first solo London venture. The restaurateur (who runs Rocksalt and The Smokehouse in Kent) also consults on the menu at the Plum + Spilt Milk in King’s Cross’s Great Northern Hotel. Striking out […]