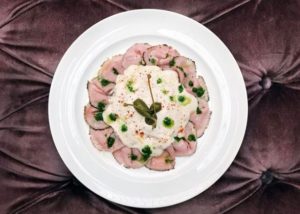 The Soho House group is to continue its creep into the mid-market with the launch of a new Cecconi’s restaurant in Shoreditch, East London. The company already has two Italian restaurants under the brand, and this latest opening marks an intent to take Cecconi’s out of its natural heartland and into the East End’s new restaurant […] 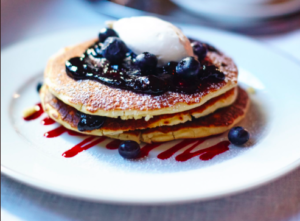 The Wolseley W1 “Always bustling” and “a real occasion” – Corbin & King’s “large, continental and sophisticated”Grand Café near The Ritz is “a marvellous, metropolitan meeting point” not least for the capital’s movers ’n’ shakers (it’s “great for subtle star-spotting!”) for whom the “courteous and very professional service” helps make it the town’s No. 1 […]

A new all-day restaurant Mortimer House Kitchen is set to open on the ground floor of soon-to-launch private workspace and wellbeing destination Mortimer House in Fitzrovia. The menu from ex-Cecconi’s chef Luca Unali is Mediterranean with a flavour of the Middle East and will focus on fresh, sustainable and organic produce. Situated in an art deco […]

The Ned, a new hotel and membership club boasting no fewer than nine separate restaurants, has opened in a disused bank building plum in the middle of the City of London. Named after its architect, Sir Edwin Lutyens, the grand building was opened in 1924 as the City headquarters of the Midland Bank. The £200m hotel conversion is […]

The Wolseley W1 Eggs Benedict: £7.75 (small), £15 (large) What could be better than dining in Corbin & King’s “tremendously atmospheric” (“mildly cacophonous”) European Grand Café by the Ritz, which has become a “perennial” linchpin of “glamorous” London life? It’s home of the best breakfast in town, including its delicious Eggs Benedict – not to […]

Exciting news for anyone who loves pancakes (so, pretty much everyone), Shrove Tuesday is coming up (9 February)! Sometimes we have to wait until March for our flippin’ pancakes but with an early Easter on the horizon Pancake Day has been pushed up the calendar too. In honour of this most delicious day we’ve rounded […]