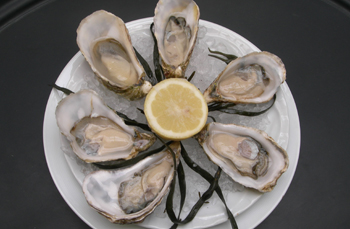 To mark the beginning of the native oyster season in September, Harden’s has teamed up with Bentley’s Oyster Bar & Grill to offer you the chance to win an oyster masterclass for two.Throughout the day you will get to shuck and eat your way through British and Irish oysters, followed by a refreshing glass of fizz and a three course lunch with paired wines. You will even get a goody bag of recipes and an oyster-shucking knife to take home with you.Bentley’s, which has been overseen by Richard Corrigan since 2006, is something of a Mayfair institution when it comes to bivalves – almost 100 years old (open since 1916), the restaurant sees up to 1,000 oysters shucked every day. The bar and grill will also be hosting an oyster festival on 10 September which includes a complimentary half dozen oysters, shot of Bloody Mary with any lunch or dinner booking and there will be live music throughout the day.To be in with a chance of winning this fantastic prize, perfect for oyster-lovers and novices alike, just answer this simple question:

From which Shakespeare play does the saying ‘the world’s your oyster’ derive?a) Hamletb) Measure for Measurec) The Merry Wives of Windsor 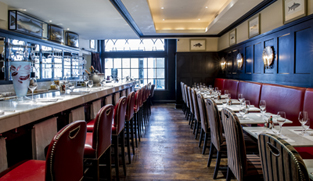 Terms & ConditionsPlease send an email to editorial@hardens.com beginning with the letter to indicate your answer and the words ‘Oyster masterclass competition’ in the subject line. Please include your name and phone number in the body of the message. The winner will be chosen at random from correct replies received by 23.59 on 29 August 2014, and will be notified by email.On entering this competition you agree to receive information from both Harden’s and Bentley’s. Your information will not be passed on to third party providers.The prize is a masterclass for two (worth £240) taking place on Saturday 13 September at Bentley’s 10.30am-2.30pm and includes oyster shucking and tastings, a glass of champagne, three course meal with wine pairings and a goody bag.