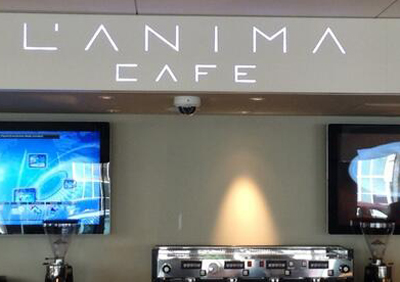 The Editors’ review of L’Anima Café

Some of the food is of very high quality but there’s scope for greater consistency here.

Canvas to take over Le Cercle

Street food van to set up a proper restaurant in Old Spitalfields Market.

Grace Dent welcomes Eat 17 to Hackney like an old friend

The Standard writer could go back time and again to this restaurant’s E9 outpost.

Cau coming to Wimbledon this autumn

New Argentine-style steakhouse from the people behind Gaucho.

Forget ethics, the Guardian critic is much more interested in this restaurant’s pork scratching flavoured popcorn.

Turning seafood and champers on its head

Randall & Aubin’s new site will match the seafood to the fizz, not the other way round.

Eat Out to Help Out begins on August 3 - there are deals to behold
Eat Out to Help Out gets Britains out to eat
Former Perilla chef to launch Garden House in Cambridge
Harrods is back: new Jason Atherton 'Social' and late opening in the Dining Halls
Share this article:
Facebook
Twitter
Join the Community
Join for Free