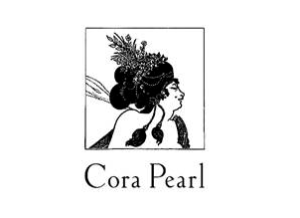 The trio behind Shepherd Market’s “gorgeous quirky restaurant” Kitty Fisher’s (Tom Mullion, Tim Steel and Oliver Milburn) back up their Mayfair success with a new Covent Garden venture. Cora Pearl, like its sister, takes its name from a well known British-born courtesan. Originally from Covent Garden, Cora became the party queen of Paris, and the restaurant will reflect the drama and excitement of her glamourous demi-monde life.

Cora Pearl joins the likes of Frenchie, The Oystermen and Ollie Dabbous’s Henrietta on Henrietta Street, taking over the former site of Bella Italia on 18 June (a serious improvement, we’re sure you’ll agree).

The kitchen will be led by George Barson, head chef at Kitty Fisher’s for the past 15 months, who will continue to head up both sites as executive chef. Cora’s private chef was one of the finest in Paris, and in drawing inspiration from both the British and French influences of Cora’s life, George’s Cora Pearl menu will feature a combination of deliciously simple classics, and some more decadent dishes.

On the menu: snacks like Shrimp Newburg and Pig Jowl & Montgomery Cheese Toastie; starters include Leek Heart with Smoked Eel and Quail with Baby Gem & Coolea; and main courses of Fish Stew, or Confit Pork Belly with Smoked Quince and Brill & Devilled Crab will complement daily specials. The menu will be completed by desserts such as: Wild Strawberry, Earl Grey Ice Cream & Frozen Sablé and Coffee, Cardamom Cake & Milk Sorbet.

A seductive drinks offering will feature house cocktail the Chaine d’Or, made up of Gin, Quinquina, Chartreuse and lime and named after the four men of significant wealth that contributed to Cora’s fame and notoriety: she called them her ‘Chain of Gold.’ Classics such as the French Pearl, made with pastis and gin, will sit alongside other new cocktails like the bracing, rum-based Full Fathom Five, which uses seaweed botanicals. Martinis will be served ice cold in antique French glasses. A concise, Old World wine list will feature superb wine served by bottle or on tap, with older vintages and reserve-list wines available by Coravin.