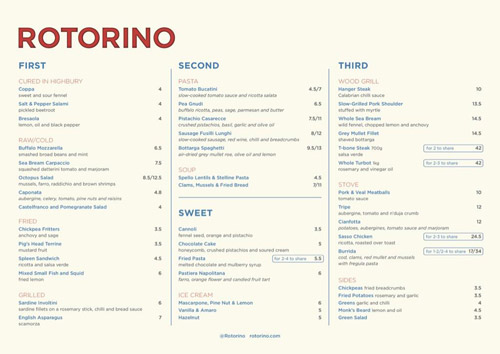 Stevie Parle, of Dock Kitchen fame, has opened his new restaurant in Dalston. The Kingsland Road spot will be called Rotorino (once thought to be called Sardine).

Backed by The Rushmore Group (Milk & Honey and Danger of Death), this is Parle’s second restaurant, the Dock Kitchen having opened in 2009. Parle’s new venture has already caused waves of excitement – do we sense hype? – with the Evening Standard dubbing the establishment ‘the River Café of east London’.

The 60-cover restaurant also has a 40-seater bar, a semi-private dining room seating 12-16, and space outdoors for the summer.