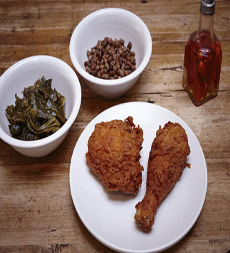 This month all kinds of foodie-related events are happening round town. From the swankiest supper clubs to the cheapest street food, we bring you the pop-up lowdown…

Want to spread the word about YOUR pop-up? Email us.

Is your knowledge of the Deep South limited to the deep fried and the barbecued? Delve into Southern cuisine with TOAST and The Lockhart to discover there’s more to it. Sip a bourbon cocktail while Mississippi-born chef Brad McDonald and food writer Tim Hayward discuss Southern cuisine. Then dig into a family-style meal – shared plates of cornbread, gumbo, smoked shortrib, shrimp and grits, deviled crab and (of course) fried chicken. Plus there will be all-American wines, pie for dessert and some doughnuts to take home. 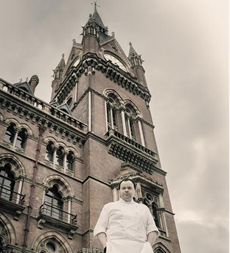 A new supper club with a setting fit for a Bond villain’s secret lair – the clock tower of St Pancras station – hits London’s pop-up scene this summer. UNA is brought to us by Argentinean chef Martin Milesi and serves a tasting menu of seven courses to one table of just 12 diners at a time. Latin American-inspired dishes, like ceviche, beleza confit prawns and beef with cassava and chimichurri, will be complemented by cocktails and Argentinean wines. Milesi is the founder of Raiz restaurant in Buenos Aires but has spent time in many famous kitchens across the world including ‘El Celler de Can Roca’ and ‘Viajante’. Una will be held over 15 dates between 29 July-24 October, however more may be added depending on demand.

After a summer of American barbecue dominating the London scene, why not sample some British street food for a change? Head to Shoreditch High Street’s night market on Saturday evenings for a home-grown take on street food. On the menu; chipolata and Kentish plum huffkin, sausage bubble and squeak, English goats cheese and honey toasties, triple fried crispy fries, pulled pork and coleslaw brioche and beef burgers, as well as some vegan treats. Desserts include apple cobnuts, gypsy tart and English filled doughnuts. The market will also feature a bar serving specially created British cocktails, beers, wines and soft drinks. 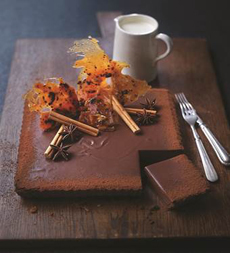 All About Desserts @ Paradise By Way of Kensal Green

Could heading out for a bite of dessert become London’s latest food trend? First The Pudding Bar opened in Soho, a sweet-only destination, and now All About Desserts has now taken up residency at Paradise By Way of Kensal Green. The takeover will feature puddings by Master Patissier Eric Lanlard, including hot chocolate soufflés, cheesecakes, tarts and crème brûlées.

This autumn, Marleybone’’s new home of foodie nomads, Carousel, a three-story interactive and immersive space, will play host to two residencies. First up, collaborating with pop-up maestros Shuttlecock (founders of Carousel), is chef Tommy Forster (formerly of Moro, St John and Bocca di Lupo) who will be cooking up a four course menu for £35pp. Then the Paris Pop Up, duo Laura Vidal (Frenchies Paris) and Harry Cummins (ex-Arbutus, Zafferano), will bring a touch of Gallic and global cuisine, paired with a diverse wine list. Tickets cost £55pp.

Did you know that the influences on Argentinean cuisine come from countries as diverse as Sweden, Italy, Germany, Spain and Wales? If not, prepare to be enlightened as Argentine tapas bar Zoilo plays host to a series of chefs who will guide diners through the country’s rich food history. To kick off, Niclas Yngvesson and Gustav Knutsson, of Gothenburg’s Bhoga, will create a menu featuring innovative Scandinavian cuisine with an international twist. For the second residency, the former head chef of Murano, Diego Cardoso, fuses Argentinean and Italian ingredients and cooking techniques in dishes such as Argentine sweetbreads with celeriac and hazelnut puree with chimichurri dressing. More takeovers are planned for 2015.

Sample a range of vintages from European wine makers while enjoying the view from the top of Centre Point. Paramount’s new series of wine dinners, held on 22 October, 20 November and 3 December,  include a canapé reception and three-course meal, paired with wines and champagnes from the likes of Billecart-Salmon, Domaine de Chamans and ChÃ¢teau de Bauduc.

The boutique Norfolk hotel’s supper club returns, with three of the UK’s most up-and-coming chefs creating six-course feasts. Kicking off the series on 2 October is Mark Poynton (of Cambridge’s Alimentum) who will showcase Norfolk lobster and duck, as well as venison tartare. Next Russell Bateman (of Hertfordshire’s The Grove) will take to the kitchen on 18 November, before Mallory Court head chef, Paul Foster, concludes the series on 27 January. Working alongside the guest chefs will be Titchwell Manor’s Eric Snaith.

It’s the biggest drinks event in the UK, with attendance by over 20,000 people expected, 20 different pop-up events and dozens of London bars taking part. The hub of the party will be in Seven Dials where drinkers will be given a free bar guide and can take part in mixology masterclasses, as well as collecting their London Cocktail Week wristbands. Revellers in possession of a LCW wristband can sample cocktails at bars across the capital for just £4 each. Just some of the places taking part are: Ketel One Hub, 9 Earlham Street WC2; Mark’s Bar, Hixter, Devonshire Square EC2; Bluebird Café, Kings Road SW3 and The Whisky Exchange, Vinopolis, Bank End SE1.

Tickets can be purchased online at www.londoncocktailweek.com. There will also be a series of restaurant events in celebration of LCW. Find a full list of events here.

Dear Lord, is there no end to London’s love affair with Americana? Now we’re even importing American drinking games! From 2 October, Porky’s Bankside restaurant will host weekly Beer Pong championships – a game where each team takes turns attempting to throw ping pong balls into their opponents’ cups; if a ball lands in a cup, the contents of that cup are drunk by the other team – perhaps we should go the whole hog, and get universities to start forming fraternities and sororities too? The overall winners will get a free beer pong t-shirt and a complimentary meal for two at the restaurant.

Monday-Friday the Caprice group’s French colonial-style Fitzrovia townhouse with be serving up hirata buns and beers. Diners can get two hirata buns, plus a green mango salad and an Asian craft beer for £12.50. The menu includes braised pork belly with chilli sauce and sesame; smoked aubergine, grilled mushroom and crisp onion and roast duck, plum sauce and pickled beetroot.

Not a pop-up but a ‘residency’ serving up Sunday lunches in the form of Angus beef, chicken with wild boar stuffing, Gloucester old spot pork and veggie nut roasts inside what was once an illegal bare knuckle boxing ring. A selection of starters and desserts are also on offer. Three courses for £25, two for £20 and just the roast is £15.

Live at the Ritz

The celebrated dinner dance, which already delights guests each Saturday, will now be swinging on a Friday night too. Featuring renowned musician Peter O’Donnell and his band together with fabulous dancers performing the tango, rumba and salsa.