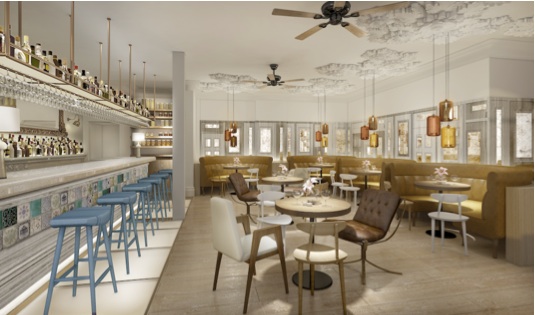 This must be a first! A consultancy which offers advice on sustainability to the food and drink industry – T.E.D (Think.Eat.Drink) – has opened its own restaurant. Inevitably, it will focus on ethically sourced British produce served in “an environmentally friendly setting”.

Now open in King’s Cross, T.E.D is housed over two floors, using sustainably-sourced fixtures and fittings and salvaged furniture with all suppliers handpicked for their eco-sensitive practices. The T.E.D consultancy was founded by Jamie Grainger-Smith in 2005, who went on to launch the now defunct Acorn House in 2007, also in King’s Cross.

Acorn House was initially well received thanks to its simple cooking and organic ingredients. However standards began to slip and its hit and miss performance, coupled with its “rather odd” location (in the converted canteen of a grimy office building on Bloomsbury Road) contributed to its closure in 2011. T.E.D has also worked with The River Café and Jamie Oliver’s Fifteen Restaurants.

The restaurant also offers an international wine list from responsible suppliers with a wide variety of biodynamic, carbon-neutral and traditional choices.