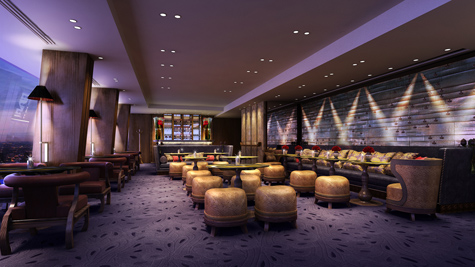 Originally expected in 2013 but delayed by more than a year, London’s loftiest hotel finally opens today (6 May). The Shangri-La occupies levels 34-52 of the Shard at London Bridge.

The hotel’s signature restaurant, TING on level 35, offers all-day dining, while GÅŽNG on level 52 – to be the highest bar in the city – opens this summer. There is also an artisan deli, LANG, on the ground floor. Produce for the restaurant and deli is sourced from Borough Market.

Of course, the views from the top of Europe’s tallest building are fully exploited, with floor to ceiling windows in the hotel lobby, and panoramic views from the restaurant and bar. Shangri-La’s 202 rooms and suites start from £450 a night and prices reach heights almost as vertiginous as the Shard itself, topping out at £3,250 a night.

The London opening is part of a string of European launches by the de luxe oriental group, including debuts in Paris in 2010 and Istanbul last year.