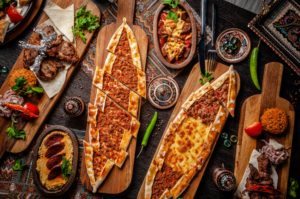 A new Turkish, Middle Eastern restaurant, Baraka, has been announced to open in 2020 near Liverpool Street. It will serve Anatolian cuisine with an emphasis on open flame Mangal cooking and “ancient recipes from across the Ottoman Empire”, an announcement said. In Turkish culture, the term Baraka translates to an old wooden home. Traditionally, it […]