Here is our weekly round-up of what the national and local restaurant critics were writing about in the week ending 3 October 2021. Review of the Reviews is just a short summary this week, while your Harden’s editorial team are hard at work on London Restaurants 2022 – off to print soon, and in the […] 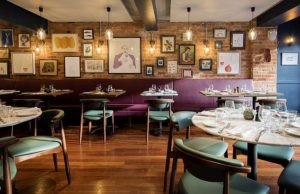 Cantor’s Food Store, Manchester Jay Rayner for The Observer found “Ottolenghi with a Manc accent” (and a pizza oven) in Manchester, at Cantor’s Food Store. It’s run by Eddy Cantor: the food “draws loosely on his Jewish roots”, and is “a happy place, where you could mislay an afternoon or a morning”. Although apparently it’s […] 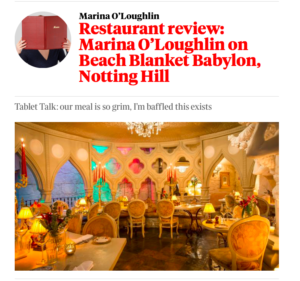 Marina O’Laughlin in The Sunday Times is baffled by the existence of Beach Blanket Babylon in Notting Hill (as are we all). The venture, with sites in W11 and Shoreditch, has never scored above a 1/5 for food in our survey and has long since been dropped from the pages of the guide… “Today, the […] 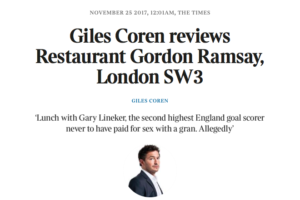 Giles Coren in the Times revisits Restaurant Gordon Ramsay (the original on Royal Hospital Road) and finds the three Michelin star level service to be just a bit much… “Smartly redone a couple of years ago in the art deco style, it must look great when empty, but it was so rammed with waiters that I […] 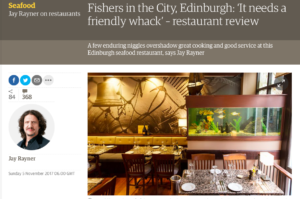 Jay Rayner in The Observer reviewed Fishers in the City, Edinburgh “Fishers in the City could be a truly terrific fish restaurant, if it weren’t for the small things that aren’t terrific. All the essentials are here: there are oysters, left unmolested, or grilled with a bone-marrow crust… soup is a cream-ballasted chowder, made with salmon and smoked […] 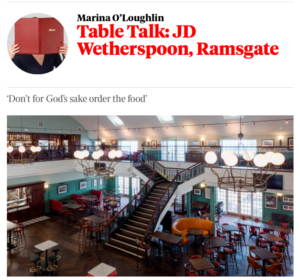 We already know that The Sunday Times’s Marina O’Loughlin isn’t the biggest fan of the great British pub (read her Eater article here). So what will she make of the food at Spoons’ newest outpost in Ramsgate? We would guess not much… “’Fried buttermilk chicken burger’ (598 calories) delivers a flat, damp sandwich secured with a wooden […] 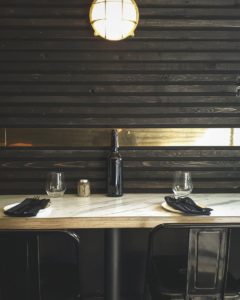 Marina O’Loughlin in The Sunday Times gives kudos to the kitchen at Brixton pop-up Smoke & Salt (formerly in Islington) for serving food with bravura… “We order almost everything from the short menu. (There are only two choices of red or white wines, too: I ain’t glugging prosecco during dinner, so we have a surprisingly lush […] 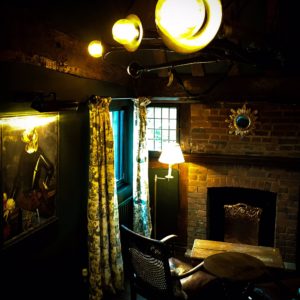 When our reporters praise Bray’s Hind’s Head it is because the picturesque pub is “thankfully not over-Hestoned” but The Sunday Times’s Lisa Markwell has the opposite problem – she can’t find any evidence of Blumenthal’s pseudo-scientific cooking at all, nor the influence of his trusty lieutenant Ashley Palmer-Watts – and it leaves her disappointed… “I […]

AA Gill, the most-read restaurant critic of the current generation, died at the age of 62, his paper The Sunday Times announced last weekend, less than three weeks after he used a restaurant review to break the news of his cancer. Gill was almost certainly the only writer on food Britain has produced who could have been described as […]

â¦¿ Fay Maschler of the Evening Standard reviewed Elystan Street 4/5, Phil Howard’s new restaurant in Chelsea, where she ate some “sublime” dishes but gasped at the prices and missed having a tablecloth. “Smoked mackerel velouté with Porthilly oysters â€” from the River Camel estuary â€” with leek hearts and eel toast is a secular […]