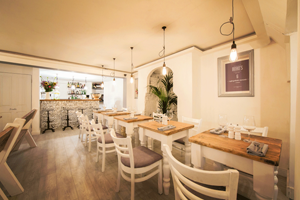 The Evening Standard reviewer is forced to admit she judged this posh burger concept by its cover.

Oh dear, Marylebone’s Opso has a bad week of it

First Jay Rayner declares there’s a great, upmarket Greek to be had – but this ain’t it. Then the Telegraph’s Zoe Williams says she wanted to love it, but couldn’t.

Get 50 per cent off at Le Brunch

Harden’s readers can grab a half price brunch this weekend at the Old Bengal Warehouse.

Taste of London Winter is almost upon us

Read the roundup of restaurants showcasing at this year’s event.

The Bombay café to open its third (and biggest) site in N1 this November.

What’s on in London this September/October