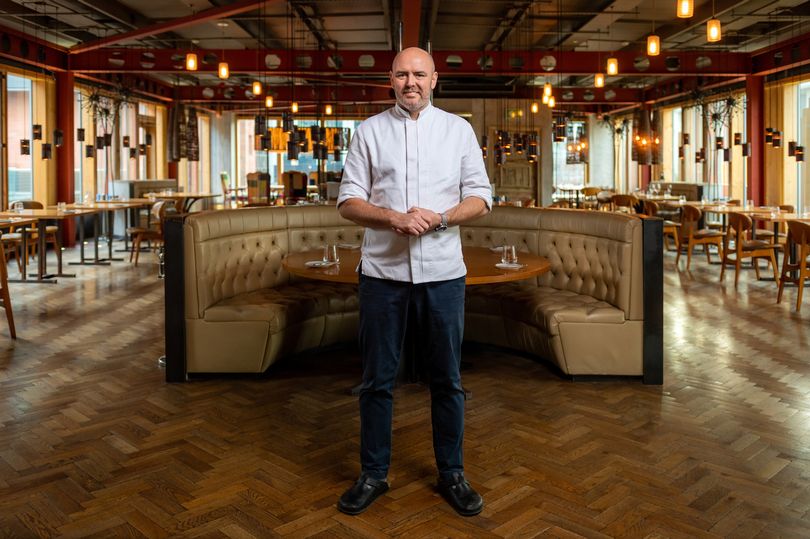 Manchester House, which suffered a shock closure in October, is to reopen, with chef Aiden Byrne back in the kitchen. OMG. Talk about musical chairs.

Byrne is returning to Manchester House after joining rival D&D restaurant 20 Stores earlier this year. This month, it was announced the chef would be stepping down from the position after just eight months.

Manchester House went into administration together with sister restaurant Artisan in October.

Owners Living Ventures said they had struggled with rising costs and higher rents – like so many in the industry.

Rumours circulated that former Michelin-star chef Byrne would soon be back at Manchester House. It was confirmed by the Manchester Evening News on November 20.

Byrne has reportedly agreed to bring the place back to life. Manchester House was hugely popular with Harden’s reporters and diners feedback in the 2019 survey fully supported D&D London’s statement that Byrne had played a “significant part” in the success of 20 Stories. D&D London graciously wished him well in his new role.

Byrne said of his short tenure: “20 Stories was an incredible challenge and I’m extremely proud of what we’ve achieved.

“The success of 20 Stories has been unprecedented, raising the bar on the Manchester dining scene, and I can only give heartfelt thanks to D&D for the opportunity and for their support over the last year.”

The chef said of returning to Manchester House: “I’m hoping Manchester House will once again confirm itself as a staple on the Manchester dining scene, exactly where it belongs. I feel like this is the perfect time and place for me to continue my craft. I’m extremely excited by the opportunity.

“Manchester House has always been about pushing the boundaries, delivering a unique fine dining experience and staying true to that endeavor. It belongs to Manchester, an institution in its own right and we want our customers to feel as if they belong here too.”

Bao to open cafe and bakery in King's Cross
Club Mexicana still planning to launch first restaurant
Micheal Gove says hospitality businesses are up against it when they reopen - but they will, and soo...
Selin Kiazim of Oklava scraps service charge as industry looks to modernise
Share this article:
Facebook
Twitter
Join the Community
Join for Free