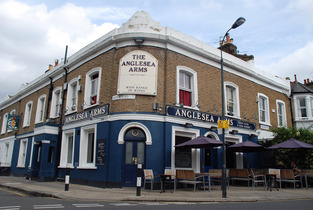 We hoped it wasn’t gone for good, and it looks like our prayers have been answered: the Anglesea Arms in Ravenscourt Park is making a comeback, and with former head chef Phil Harrison in the kitchen.

The pub will re-open under new management on 11 June following some renovations. In the past the Anglesea Arms has often been considered to be the “Best in the West”, so the Brackenbury Village crowd will be elated at the revival of their neighbourhood favourite (and hot on the heels of the revived Brackenbury too, read our review).

The old team led by Michael Mann, who ran the Anglesea Arms for nine years, has now set up camp at The Earl Spencer in Wandsworth.

Rick Stein in hot water over decision not to pay staff
AngloThai the latest big name to arrive on Restaurant Kits
Richard Turner launches burger and ribs brand to eat anywhere
James Wilkins is back cooking at Wilks restaurant in Bristol
Share this article:
Facebook
Twitter
Join the Community
Join for Free