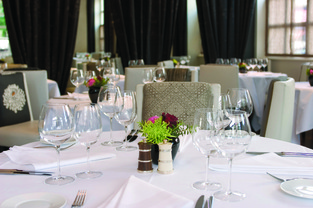 The capital is home to nearly half of the country’s best restaurants according to our annual survey, to be published this weekend (October 19) as The Sunday Times 100 Top Restaurants. This year’s list of Britain’s top restaurants marks the first time that there are fewer than 50 from London.

Thirty-three restaurants retain their place on the list from last year, including The Ledbury and Rasoi, while there are eight re-entries that had featured in the top 100 in previous years. There are also six new entries, including Fera at Claridge’s, run by Simon Rogan, who has two other restaurants on the list, and Marianne in Notting Hill, named after head chef Marianne Lumb – one of just a handful of female head chefs to feature on the list.

The Clove Club in Shoreditch is also new to the list – its head chef Isaac McHale is one of the youngest chefs to feature. He is joined by a host of other young London-based chefs who have appeared on the list before – Taylor Bonnyman at Five Fields and Tom Sellers at Story are both under 30, while James Knappet at Kitchen Table is just 32.

Koffmann’s, The Berkeley, is London’s biggest riser, going from 84 last year, to a place in the top 50. There were also big rises for Wiltons in St James, which placed at 100 in 2013, and Benares, one of the few restaurants on the list specialising in Indian cuisine. 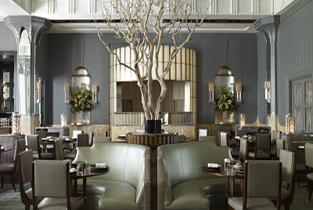 The full top 100, including rankings and overall score will be revealed in The Sunday Times 100 Top Restaurants and on www.hardens.com on October 19.