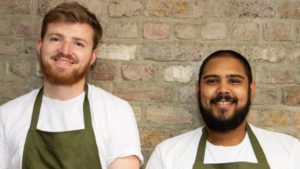 New chefs on the block Joe Allen and Aaron Thomas have teamed up with restaurateur Jamie Barber to launch a Nepalese-inspired dining residency at Hush in Mayfair. Allen and Thomas appeared on 2019’s series of the Beeb’s My Million Pound Menu, but failed to secure funding for their concept, which was then called XXVI, but […]