Wawrzyniak, 38, runs  House of Feasts in Peterborough and plans to launch JAN in Clapham in mid-June.

The chef is taking over a current restaurant of the same name, redesigning its interiors and starting completely anew.

“I’m very excited to open JAN and cook in London. The restaurant is looking great and we’ve been recipe testing for a long time now”

JAN will include an open kitchen and robata grill and will serve food focused on preserving methods and curing techniques.

The idea, says Wawrzyniak, is to “extend the summer season”. Sharing plates will be available alongside an a la carte menu.

Expect dishes such as cured herring with smoked beetroot, and lamb chump with nettles and roasted celeriac. 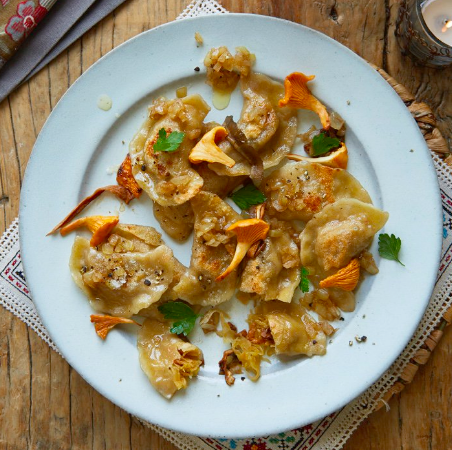 Wawrzyniak told Hardens: “I’m very excited to open JAN and cook in London. The restaurant is looking great and we’ve been recipe testing for a long time now. I know it’s going to be great.”

While Polish himself, the food will not be a classic take on the cuisine of his country, but will certainly be influenced by its origins.

Wawrzyniak has owned House of Feasts, a modern-European restaurant, for more than a decade, having arrived in the UK in 2005.

He was listed by food writer Tony Naylor as one of Britain’s ‘top 10 food pioneers’ in BBC Good Food. Wawrzyniak trained in France, Pakistan, and completed a stage at Noma.